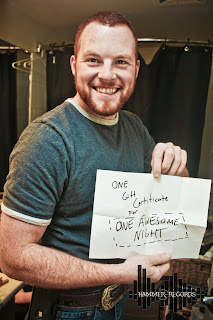 It was my best friend's birthday and we wanted enjoy the night! So, we grabbed a few friends and made our way down to Joe's Apartment for the finals of the Best In Vancouver contest! Three bands, The Faceplants, Little India and Dear Adeline with a special headliner, Aviator Shades. For my friend's birthday, we gave him some cashola as well as a gift certificate for "One Awesome Night". Hopefully it lived up to it! 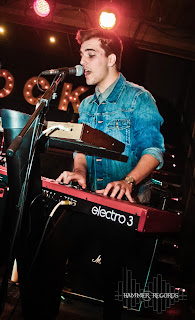 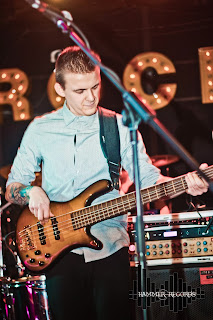 Surprisingly, up first was The Faceplants. Starting their set at 7:45 to a small crowd, they played a tight set. Perhaps it was the lack of crowd, or maybe they just had a big night on Friday, but it almost seemed a bit dull. It lacked the usual Faceplants punch! That being said, they actually had more crowd involvement than some of the later bands. Packing a ton of songs into their 45 minute set, as well as throwing in a cover of "Bad Touch" by the Bloodhound gang, they really kept things interesting on stage. Overall, a solid set, but I wish they had more of a crowd like the last weekend we saw them. Check them out on Facebook HERE. 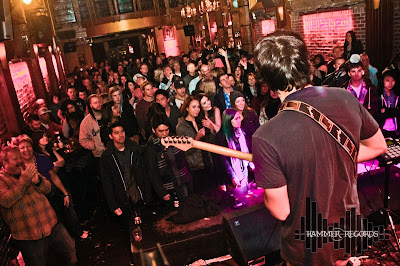 Little India took the stage next and just laid down the groove. This three piece rocked hard and impressed us with their prog-indie sound. Great use of dynamics for a three piece. Bass laid down the foundation which the drums locked in with, allowing the guitar to almost be an accent piece. The vocals ranged from catchy hooks to atmospheric sounds. Some great tunes that were interesting to the ear but also melodically pleasing. Go check them out on Facebook HERE. 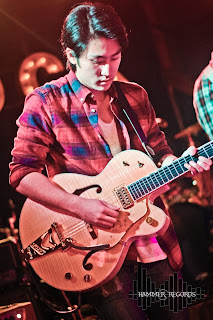 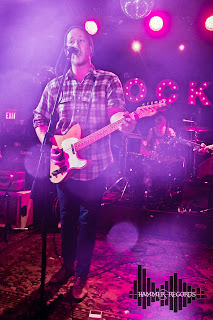 Dear Adeline was the last Top 3 band to play the stage, once all the judges votes were in they were also proclaimed the winner of the Best In Vancouver contest. We can see why they won, out of all three bands they were actually probably the most commercial. Having a very pop rock sound, they would fit right onto the radio with a well produced single. With a marketable image as well, these good looking guys played their way to victory. The crowd seemed engaged but I didn't catch much interaction between the band and audience. They just played their tunes and the crowd just listened. Be sure to check them out on Facebook HERE. 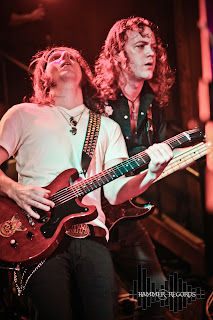 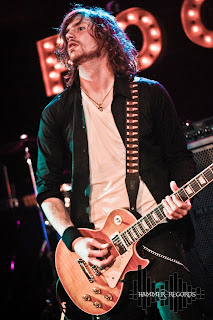 Closing the night was Aviator Shades, which was a total 180 degree flip musically from Dear Adeline. As usual, these boys brought the thunder and laid into their rock and roll tunes with gusto! Some great banter with the audience and great stage work ensured that all eyes were on the band. Finishing the night up with the crowd demanding an encore is always a great feeling. Very excited for their new EP to be released in the new year! Check them out on Facebook HERE.

To see all the photos go HERE.
Posted by Hammer Records at 6:27 PM No comments:


Can't Hold Us (Cover) by Rose Weekes from Hammer Records on Vimeo.

Rose covered "Can't Hold Us" by Macklemore so definitely go check it out! A lot of times we're fairly serious when we shoot music videos but this was just a fun "youtube" style video!

Hope you enjoy!
Posted by Hammer Records at 3:31 PM No comments:

Pizza Pop! ft. Halfway to Hollywood and Take Me To The Pilot

Back in town after a fairly long tour stint (starting from Winnipeg - my hometown! and ending in Vancouver at Olympia Pizza) was Halfway to Hollywood, alongside some friends of theirs in Take Me To The Pilot and Chase Your Words. It was a great show all around. Quick set changes, great crowd (consisting mostly of 13-18 year old females and their chaperons), loud music you can't help but dance to, and an awesome sense of "community" you just don't see much in the Vancouver scene today. 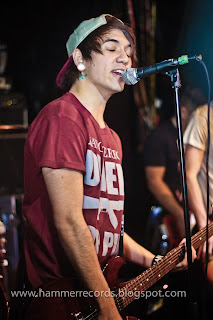 Chase Your Words opened the night with their pop-punk driven set. Although they seemed young and a little inexperienced on stage, they put on a good show. The main vocals and a few of the harmonies were a little pitchy at times, but I chalk that up to nerves and not hearing themselves properly. With the addition of in-ear monitors, their set could excel. The instrumentals were catchy with a strong drum beat driving each song. They remind me of a young "All Time Low." A little rag-tag, but with some practice and experience they could be the next big band to emerge from Vancouver's pop scene. Check them out HERE. 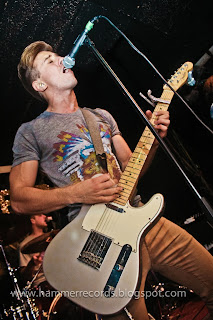 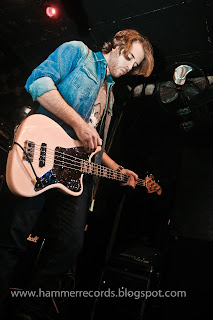 Take Me To The Pilot (or simply TMTTP) was next to rock the stage. This band is a long way from their hometown of Winnipeg, Manitoba, yet still had hordes of teenage girls screaming and singing along to every song; original and cover alike. The vocals were nearly pitch perfect the entire set, the melody lines were beyond catchy, and they had obvious stage experience. With such a tight, driving instrumental, hook filled lyrics, and a sweet use of harmonies and backing vocals, it's no surprise TMTTP had every body in the place moving. Great musicality, great personality, and great showmanship make for an amazing live show. I'm looking forward to their next tour already, and will definitely be keeping my eye on them online. Be sure to check these guys out HERE. 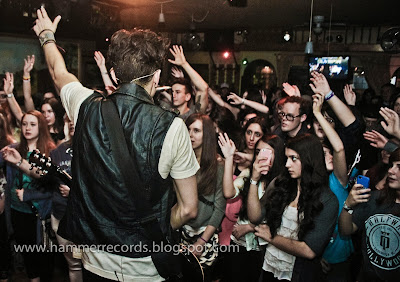 There's not much I can say about Halfway to Hollywood that I haven't said before. These three individuals have immense talent and are one hell of a force to be reckoned with in not only Vancouver's pop scene, but all of Canada's! Their heartwarming songs are full of cool guitar riffs, cute catchy lyrics, and a tight rhythm section that will keep you dancing all night. For such a young band, having only started playing live shows two years ago, it's incredible to see how much they've grown, and how successful they've become so early in their career. Halfway to Hollywood already has die-hard fans nation wide and will only continue to get bigger and better with time. Always a pleasure covering and reviewing one of their shows (and albums)! Thank you again to Roman, Brenden and Grant for inviting us out. We look forward to the next show! Be sure to check them out HERE.

For more photos from the show, please visit and like us HERE!

Also! Big thanks to both Take Me To The Pilot and Halfway To Hollywood for all the awesome swag!
You'll be seeing some new album reviews coming your way soon. 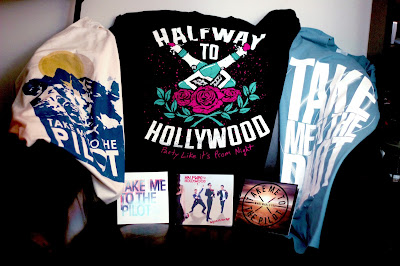 Posted by Hammer Records at 1:42 AM No comments:

The final round of Best Of Vancouver took place last night. 5 bands duking it out for 1 of 3 slots in the finals on Dec 7th and a chance to take home all the amazing prizes! Big thanks to the sponsors; Rednyne, Artopolis Media, Branston Photography and Joe's Apartment for putting these shows on! 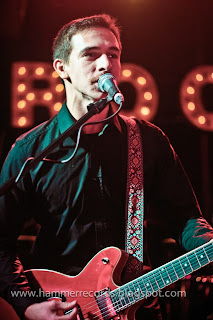 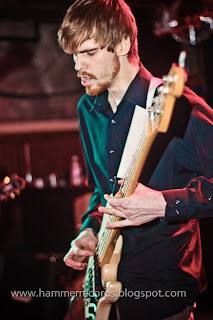 Within Rust and Stone Travellers opened up the show but unfortunately we didn't catch them. We got there just as Dream Seeking Missiles took to the stage. Their sound was a mix of Pink Floyd, Fields of Green, Explosions In The Sky and Tool. Very progressive riffs and great use of effects really made their tracks stand out. This 3 piece is a great example of what a 3 piece can sound like. The depth of each song and the dynamics really created this beautiful wave of music that surrounded you. Both the guitarist and the bassist sang but having similar tones, their voices blended perfectly and you heard a great sense of fullness. Definitely check them out HERE. 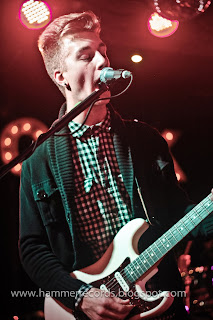 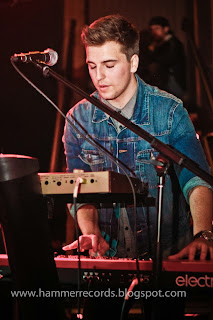 The Faceplants had probably more gear than all the other bands put together! Recently they have had great success and have had great opportunities presented in front of them. It was apparent that they had also worked incredibly hard since the last time we had seen them. The band has been moulded into a super tight, well oiled machine of pure pop rock. With a heavy 90's pop rock influence, The Faceplants brought you back to when rock was fun again. The crowd was all smiles as these boys blasted their way through their set. Each song flowing nicely into each other with perfect turnovers. The lead vocalist had really "upped" his singing since the last time we saw him as well. His voice soared over the band and really took command of the crowd. Each band member sang back up as well, so the chorus' were huge and sounded like a well produced studio quality song! Be sure to check them out HERE. 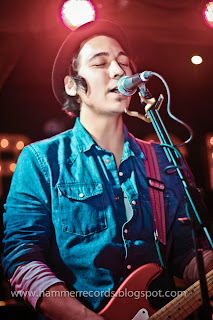 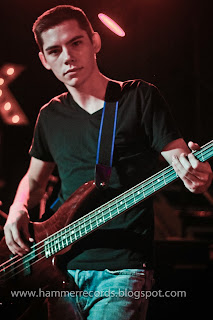 Closing the show was Fellar. This is the third time we've seen them and it was an interesting choice putting them last. They had much more of a laid back Nirvana sounding set compared to the previous bands. Their basic bare bones rock line up just almost seem to lack when being compared to the well produced Faceplants. However, they make up for it with their rock anthem sounding tunes. Putting on a solid set it was a nice way to end the evening! Check out their Facebook page HERE

Check out all the other photos HERE.

Posted by Hammer Records at 9:02 AM No comments: