No Storm Can Stop These Bands!

Vancouver's BIGGEST storm in years rolled up this weekend, besides seeing devastation on the internet, and hearing a story about a poor boy who lost his life, I didn't know what to expect when I took to the streets to go to the Media Club. Apparently... nothing. There was barely any wind, no rain and it was actually fairly warm out. After a pleasant trip to the venue I was excited about hearing the acts that were performing that night! 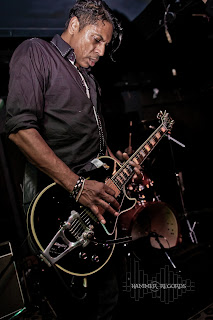 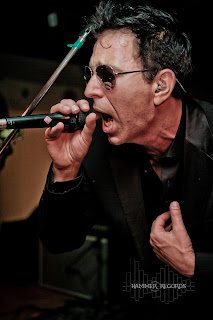 Rocket To Venus was on the stage as I walked in. I was very happy to have caught almost all of their set. Their sound is fantastic. Their stage presence so theatrical that its just sheer entertaining to watch them perform. The use of vocal effects just added the icing on the cake. Having different vocal effects really helps add dynamics and separate different parts of the songs from each other. Their guitarist was just a rock star that night, covered in sweat, playing that guitar like his life depended on it. Their lead singer throwing his entire body into the performance. Using all of the stage and even the dance floor to perform in. Their bassist played a great set, really being the backbone of the band and making sure everything went smoothly. Their drummer had a few mistakes but upon hearing that he's only been with the band for two weeks, it makes sense. I want to see this band in front of a full audience and see them just rock that stage again! 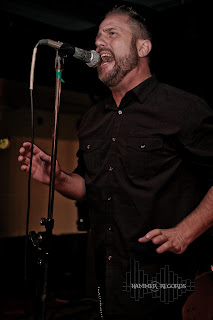 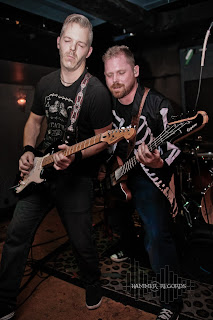 Bone State Rebellion was up next, having had a rough time with sickness within the band and a busy work schedule they really just let this set be a lot of fun. Sadly it took the sound guy about three songs in order to add some reverb and delay to the vocals but overall the band sounded great. No one would have even know that the lead vocalist was sick. They added two covers into this set and just rocked the socks off both. It was great seeing the crowds reaction to some well known covers that were played perfectly. If you haven't seen this band then you are definitely missing out! 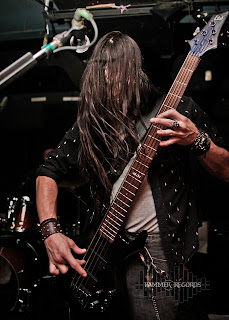 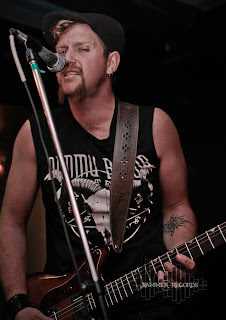 My Mother The Carjacker is a mouthful to say and they were definitely, a mouthful this night! Broken strings, bass problems, broken drum sticks and bananas were just a few things that happened during their set. The band just powered through all the problems with such enthusiasm you almost didn't mind it. Their onstage banter really just had you laughing the whole night. Their sound was nice and tight. I had wished the sound guy had turned up the guitar a bit as it was lost in the mix at points. Their antics on stage are like watching a comedy show as well as hearing some epic music. During what turned out to be their last song a banana swallowing contest erupted between the bassist and drummer while the guitarist/vocalist played the track to their new music video! Obviously hilarity ensued and videos will be posted shortly. The sound guy then cut them off and they couldn't finish their set which caused the outcry from the crowd "we can't end on a ballad!!???" But it was meant to be. If you have not witnessed the amazingness this band has to offer, then go and check out their newest music video! But also.. check out all of their music videos because all of them are top notch! 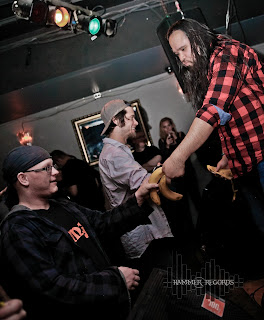 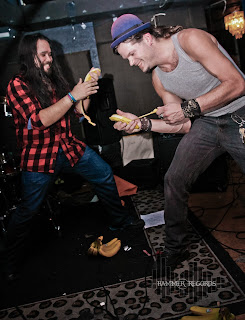