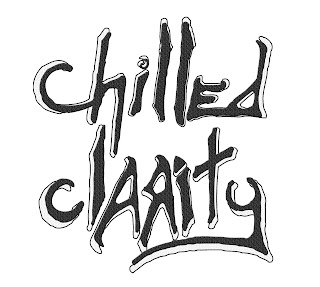 Chilled Clarity has been making noise in the scene for a long time. This Chilliwack band has gained a substantial following in Vancouver and continues to push forward! We had a quick chat with Bronsen from the band to find out more about what they have in store for the Best In Vancouver show.

James: How did you find out about "Best In Vancouver"?
Chilled Clarity: We have been working very closely with Kevin from rednyne and after our last show he mentioned this competition and we applied a few days after.

James: What sets you apart from other bands?
Chilled Clarity: Its hard to say what exactly sets CC apart from the other aside from our genre of course. On another note we are taking massive amounts of action to prepare for this event. We are even meeting beforehand with one of the judges to further learn the criteria. " when the prepared go against the unprepared. The prepared always win" - art of war.

James: Do you have anything special for your show planned?
Chilled Clarity: Haha i can't spoil the surprise of our set. Lets just say its going to be the best show yet.

Chilled Clarity: I have a very personal opinion on the subject of battle of the bands. Personally sometimes i feel like a chicken in a cockfight fighting against what should be my co workers. Let me ask the world this: if a contest simply gave every single band a cut of the big profit wouldn't that influence the music scene better? 30 bands all getting to record a single or just 1?

Please note that "Best in Vancouver" is not a shady contest or anything close to that but i honestly believe that there has to be a better way than competing.
I want to dominate.