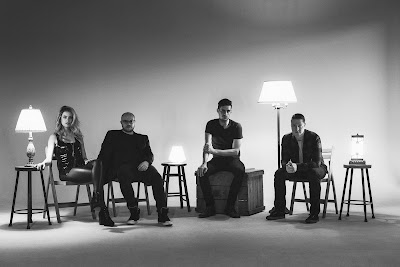 We loved seeing Kaslo rock out on stage during the competition. When we heard that they had made Top 4 we weren't surprised. Their level on musicianship allowed their songs to really flow on stage. We had another chat about their experience in the competition so far!


James: How did it feel to make top 4? Kaslo: It was a huge honour. We made it out to a bunch of first round shows and heard lots of great bands; we know how stiff the competition was just to make it this far!
James:How are you going to make the finals different from your last show? Kaslo: We have a different setlist this time around: the live debut of a bad-ass new original, and maybe even one of our favourite covers.
James: What was your favourite moment during your show in the Best In Vancouver competition? Kaslo: We usually try to end our sets with something the audience can sing along with, and on that night they were loud as hell! We're lucky to have played to such a keen crowd, who weren't afraid to get involved.
James: What is your favourite aspect about winning the Best In Vancouver? Kaslo: More than anything, it's just nice to have a chance to be recognize. All our hearts, souls, and free time go into making our music as honest and memorable as possible. To be given an opportunity to showcase that feels like winning already.
Posted by Hammer Records at 10:24 AM