What do Woods, Titans and PowerChords have to do with each other? 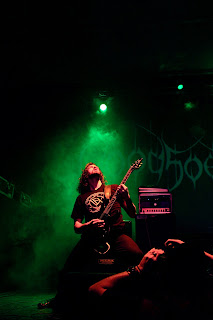 An amazing all ages show at the Rickshaw is what! Vancouver's longest running heavy metal radio show celebrated its 25th anniversary last saturday night. With a long bill including such heavy weights as Woods Of Ypres and Titans Eve along with a swarm of amazing local bands. 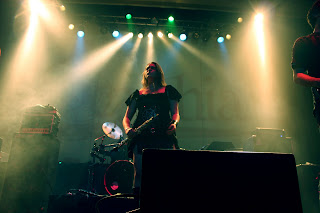 Arriving late the first act I caught was Scythia and their own unique folk metal blasting into my ears. This band has a reputation of playing solidly every show and tonight they were great. Seeing an oboe at a metal show is an unusual sight, but seeing it wielded by a big breasted woman is a very welcome sight! 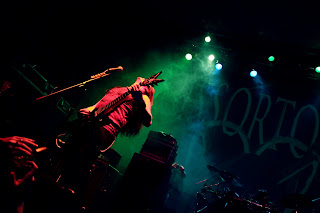 Scissortooth took to the stage next. It felt as if old Metallica was in front of me. A band eager to pound their music into the heads of the crowd of metalheads. Great riffs, solid song structures. Fierce vocals that roared over the super tight metal. They played a couple new songs but you could tell they hadn't quite perfected them as they weren't as tight as the previous songs they played. Ended off their set with "Hell Knows My Name" which is a sick tune. Check it out on their myspace. 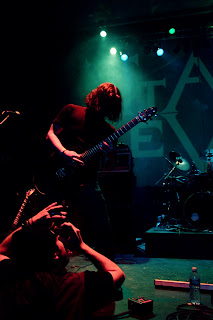 A local heavy weight legend Titans Eve ripped into their set and immediately it was clear why they dominate the local scene. Each song had something unique, either harmonized guitars, extended tapping riffs, or other guitar tricks. Solid vocals were a little low in the mix so couldn't get a great sense of them but could hear the melodies and thick harmonies. They are embarking on a huge tour all down through the states so best wishes with them! 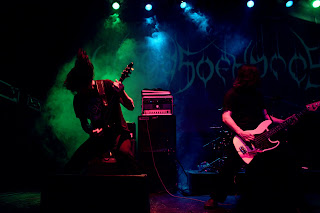 Woods Of Ypres dominated the stage and the crowd. Playing songs I've never heard before but felt so familiar I was singing along with their choruses every song. Each song as heavy as the last but yet melodic and full of diverse harmonies and intertwining melodies. Their stage presence were that of a professional touring band. They knew how to slay the crowd and not by the usual cheesy "everyone clap your hands" routine. If i was a metalhead with no job and a van with a bed in it... i would follow this band to every show.
To See all pictures click:
HERE
Posted by Hammer Records at 12:36 PM No comments: 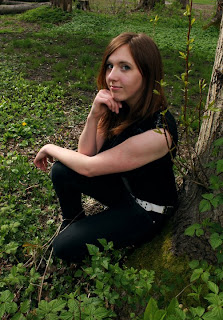 A very talented young emerging artist managed to grace my studio with her presence. She recorded this new single at Hammer Studios. The next couple of days were spent shooting and editing her music video. Please have a look and enjoy! This is Hammer Records first fully self produced music video. Already have plenty more to come! Stay tuned! Be sure to watch at 1080p!

Posted by Hammer Records at 11:59 AM No comments: