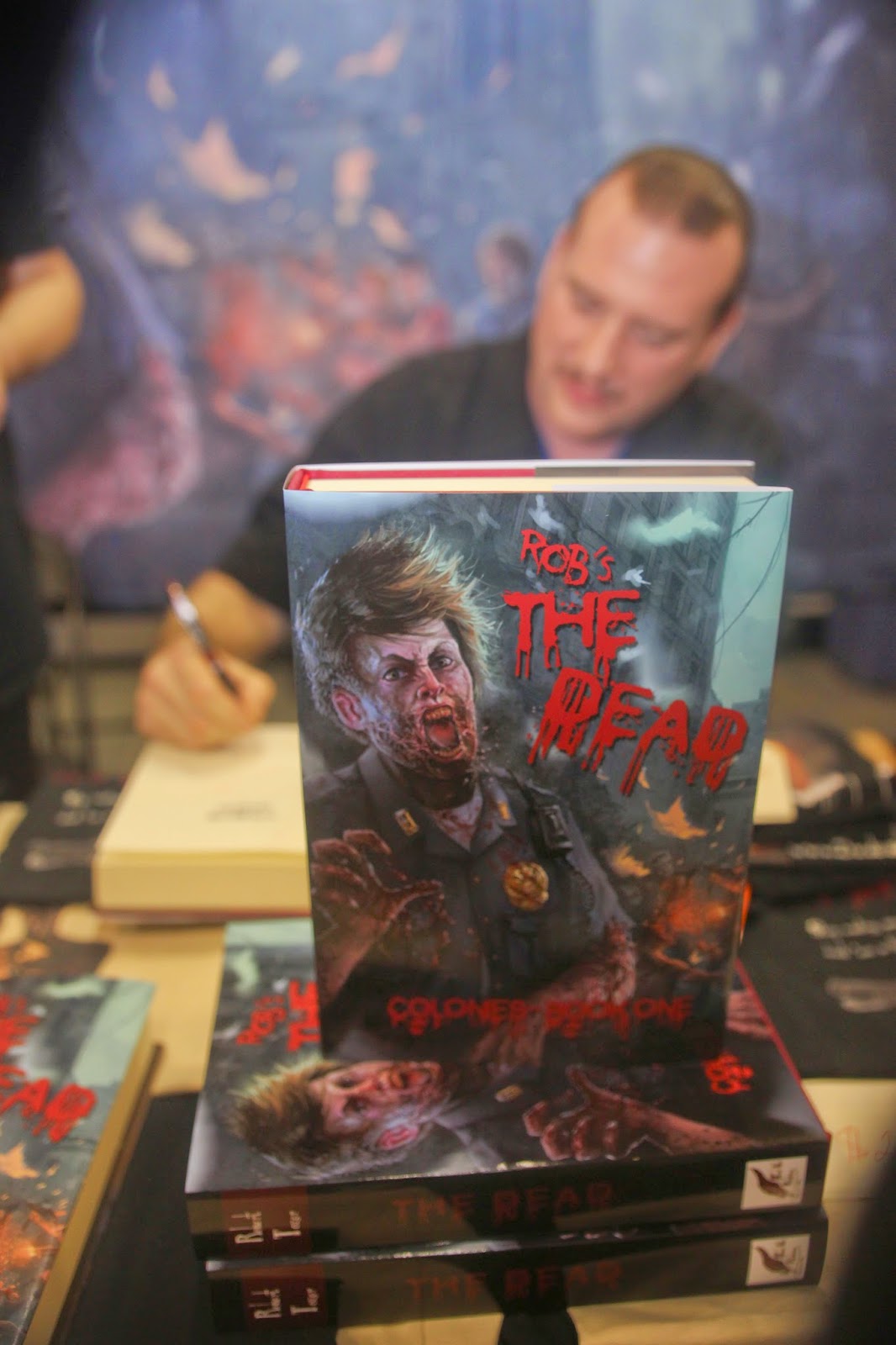 Zombies. Done Right. After meeting the author and his wife, we have fallen in love with this book. We have already started devouring this book and will be posting a more detailed review once we have finished the book. Below are some quotes from their website (click HERE), you can also read an excerpt there. We would highly recommend checking this book out! Beware, you might rethink your Zombie Survival Plan after reading!

"The world is at the mercy of the dead—and the dead have no mercy.

Time has run out for the human race. A virus has decimated the planet by resurrecting the recently dead.

Groups of displaced survivors gather together and roam the countryside, searching for a sanctuary.

A violent, gore filled zombie bonanza that feels like television's Lost and Jericho have crashed head on into George A. Romero's, Dawn of the Dead.

A prodigious portion of character driven life in an apocalyptic setting, where there's no place you can hide from THE DEAD!"

"Robert Tozer's The Dead Colonies is a zombie thriller with teeth! A blend of hard-hitting action and science so thoroughly researched and believable it left me stunned. Tozer is a genuine talent, and this new series is going to set the bar even higher for the zombie genre. Highly recommended!" -- Joe McKinney, Bram Stoker Award-winning author of Dead City and Plague of the Undead

"A man innocently returns home from work with flowers for his wife, but he finds her dead and ripped apart by their two young daughters.  All bets are off after such a shocking start to this novel, and we are plunged once more into the frightening world of the undead." -- John Russo acclaimed author of: Night of the Living Dead
Posted by Hammer Records at 12:29 PM No comments:

We had a blast exploring all the unique vendors, exhibitors, and artists at the Vancouver Fan Expo. We were especially drawn to Castle Assault. The creators were there with two sets of the game all set up, ready to teach eager gamers. We had a great chat with TJ Dunbar who told us all about the game.

"Castle Assault is an intense Battle Card Game for 1 or 2 Players where You lead a strategic conquest of your Enemy's Castle Stronghold. Castle Assault includes many different Cultures, each with their own customizable deck, tactics, and lore for great re-playability.
The unique 1-Player Campaign progresses through numerous Scenarios with different victory conditions and as you complete Scenarios and mini-quests Your Hero levels-up and gets even more powerful!  You customize your Heroes to the path You want them to follow.
Gameplay begins by summoning Units from your hand to your Castle Rampart to physically move across the Battlefield toward your opponent.  Victory is through destruction of your opponents Castle as your Units execute tactics via their stats and abilities
Castle Assault assimilates exciting concepts from many popular games and streamlines the complexity to create an easy to pick-up, fast, FUN game.
1-Player Campaign.  One massive storyline across 9 different Scenarios each with their own differing path to Victory.  Complete the campaign once per Culture for 54 Different experiences!
Role-playing element to Level-up your Hero.  As you defeat the Single Player Campaign you gain Levels; which you can then use to customize your Hero.  Each Hero is different but you decide what path you want to take your Hero (do you want an all-or-nothing Fighter?, a Ranged expert?, or perhaps a Healer who will focus on supporting and promoting your on-Battlefield Units)  You decide your path to Victory!
Intense 2 Player battles with 260+ cards and 6 Player Cultures for extremely varying gameplay and rich strategic experiences.  Each of these Cultures can be played against each other for 15 completely different battles!"
So please go support them right HERE. Only a few hours left in their Kickstarter.
Posted by Hammer Records at 11:50 AM 1 comment: