This Will Make Your Heart Flatline Pt.1

An old friend of mine is in town and really wanted to check out The Flatliners at the Rickshaw! I had actually never heard of the group but once I checked them out I was stoked to go see them too! I believe this show will be a raw-in-your-face explosion of punk rock! Below is their official music video! Be sure to check them out!

Opening up are A Wilhelm Scream, Such Gold and The Grave Life. Pictures will be coming after the show!


COME CHECK OUT THE SHOW! Tonight at the Rickshaw!
Posted by Hammer Records at 12:21 PM No comments:

Hammer Records have had our eye on these boys for a while now. Watching them grow and "spread their wings" and right now they are flying! Playing the main stage on 420, getting featured on Tv, and now a brand new album coming from this Coquitlam rockers. Get Stoked.

Pigeon Park has been steadily rocking the scene for a few years now and are finally getting their due. If you have ever seen them live then you will know the amount of sweat, tears.. well umm.. mostly just sweat that goes into every live performance! They're recordings have improved with each album, coming ever closer to fully capturing their rock and roll essence. Take a look at their latest single "Come Down Slow".


Come see these rockers at Venue on August 8th for a night that will shake rattle and roll!
Click HERE for full event details! Joining them will be WHOA, She's a Babe, The Slovos, and No Century.
Posted by Hammer Records at 2:37 PM No comments:

Empire At The Renaissance 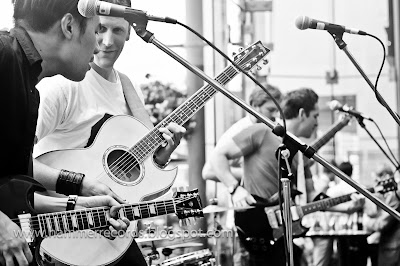 Hammer Records went down to the Renaissance for various tastings and samplings, as well as seeing Redeye Empire perform two sets! I've seen Redeye Empire about 5 times now, but this would be Roxy's first time seeing them live. We are both big fans of their albums and its constantly being playing in our car stereo on bright sunny days.

For those who aren't as familiar with Redeye Empire's music go to the link HERE. Their brand of reggae/ska is always upbeat and fun. Such strangely intricate textures to all of their tunes, overlapping melodies and harmonies all flowing over classic ska beats. A definite must see if you get a chance.

Below is a link to the full gallery of images.
HERE

Posted by Hammer Records at 5:31 PM No comments:

Rayne Performing At Long And McQuade 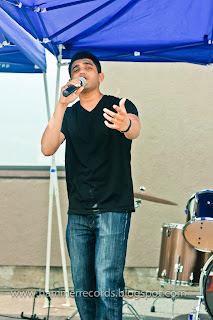 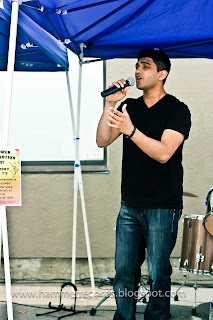 Rayne was asked to perform at the Long and McQuade in Richmond. What a great beautiful day to set up a huge tent, barbecue and lots of music gear. Rayne has his tracks blasting as he rocked his set. Many passerbys stopped and ended up staying around and hearing his set. Playing many songs of his upcoming album he even had cars slowing down to see what was going on!

Posted by Hammer Records at 2:15 PM No comments:

Roses On The Railway Tracks

When I heard Natalia Pardalis's tunes last Wednesday at The Princeton Pub, the first words to enter my mind were: Broadway and Cheery. Which is normally something you don't often associate with the Princeton Pub! 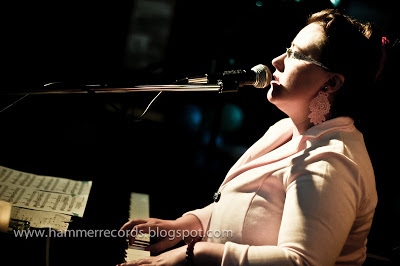 Never before have I seen so many well dressed ladies in cocktail/tea attire at the Princeton Pub. It certainly shocked the local residents as a posse of ladies walked up to the stage and set up candles and lanterns. After a few technical difficulties the show went underway.

Celebrating the release of her new single, "Cup Of Tea", this night was full of singing and applause. She brought a great crowd of friends and well wishers. Each receiving a gift bag which included samples from local merchants and a copy of her album "Life".

Starting off her set with a cover of "Feeling Good" switching into "Cry Me A River" (Justin Timberlake) we found that sometimes she focused to much on the sheet music in front of her. So much that it affected her vocals and allowed the pitch and dynamics to wander a bit. Don't get me wrong, she is both a skilled pianist and a skilled vocalist. Obvious training in both aspects, but together, at times, both skills seemed to compete against one another. 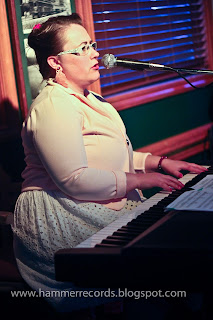 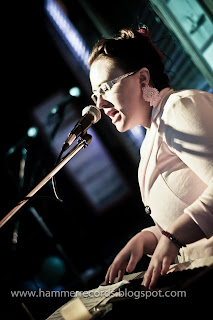 Her vocals were definitely classically influenced, with a hint of musical theatre. Reminded me of watching a classic movie and hearing a dance tune break out and the whole street burst into synchronized dance. It was difficult putting that voice in this context at a very open-mic/piano recital feel. Her voice seemed suited for a larger stage than what the Princeton provided. This performance was very intimate but sometimes we felt the vocals lacked dynamics which could really make the tunes sing.

The piano was well played, again obvious classical and jazz influence with some hints of modern flavouring. My guess would be she has been playing mostly lounge style ranging to Broadway classics. The originals she played sounded best because they combined all of her influences. After hearing her album and the piano originals I wished some more of those were played.

A very interesting sound, definitely something you don't hear in Vancouver that often! If you want to hear the tunes go to http://nataliapardalismusic.bandcamp.com/ and be sure to pick up the single from iTunes!

Posted by Hammer Records at 12:10 AM No comments: