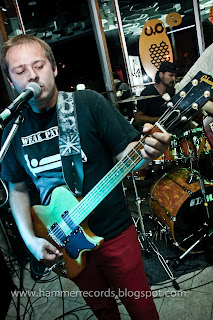 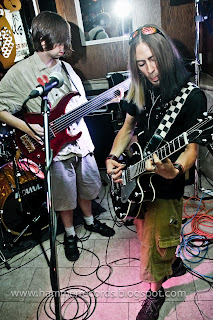 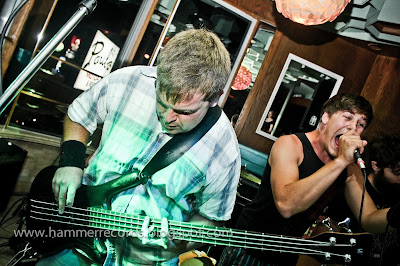 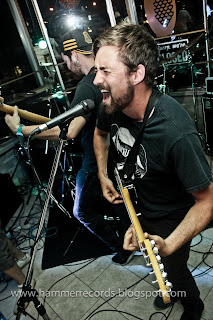 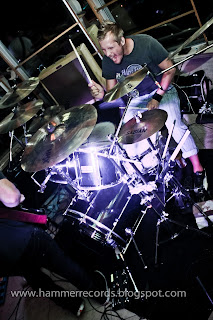 Posted by Hammer Records at 12:53 PM No comments: 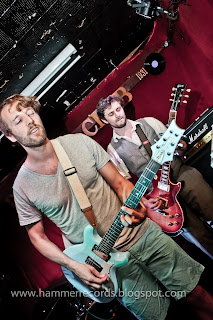 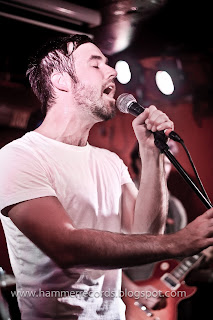 Hammer Records always loves seeing three things; when new bands emerge, musicians making art, and rocking stage presence. Mellomanic's has all three, though they are in no way new to performing on stage, and have been playing music with each other since high school in various bands and groups.

However, this was their first show under this name. Performing at the Railway Club on a Wednesday, they had brought out a great crowd of friends and well wishers! From the moment they started playing music, a certain vibe filled the room. It seemed as if everyone just became friends with each other and was watching their best friends on stage. All attention was on the stage as the Mellomanics moved and grooved. Using every inch of the relatively small space to fit their 6 piece band, they still managed to dance and perform excellently on stage.

We were very impressed with the vocals. Both vocalists had quite different styles. Each complimented one another with their tones of voice. His voice had a touch of grit and more of a rock influence, while hers was smooth and silky and had more off a jazz pop essence. When doubling each others vocal lines it was as if two souls were interweaving back and forth. A great use of harmonies through many songs as well, which we noted were quite on pitch. We know harmonies can be rather difficult in a loud, live setting. 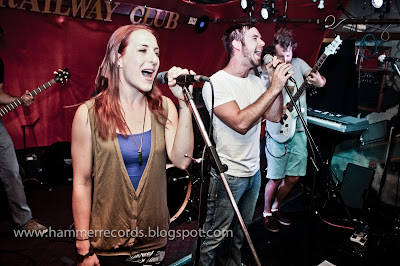 The band was super tight instrumentally. The drums and bass were solidly locked and provided the perfect swing, folk, reggae groove on many tunes. The guitarists switched it up from playing duel guitars to one or another switching to the keyboard. It provided a great shift in dynamics and tones within the set list, making each song unique and original.

Be sure to check them out HERE and their music HERE and the gallery of images we shot that night HERE.
Posted by Hammer Records at 6:57 PM No comments: