Hammer Records had missed the first week of the Best Of Vancouver contest at Joe's Apartment. We heard it was a blast! So, we really didn't want to miss out on the second week of bands. Sadly, due to me forgetting my wallet at home and having to travel back to the house we ended up missing the first band, Last Shelter. Our apologizes to them. But we ended up catching two acts before having to head to another show! 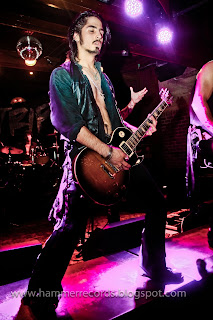 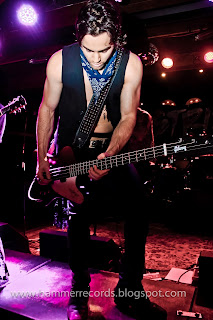 We have heard a lot of buzz about STRIP. We could hear the roar of their guitars as we entered the venue to an almost full Joe's Apartment. It felt like a time warp as we made our way to the front. If you've had the pleasure of seeing The Broadway Bullies live, then this band brings just as much energy. STRIP brought a level of swagger from which we haven't seen since McJagger. They have the potential to take the scene by storm. Playing solid tunes, putting on a show and looking good while doing it! They have a great niche market carved out with their 80's esque tunes. They've got some very catchy hooks and great stage moves. They have an EP out right now and a full album on the way! Go check out this band HERE. 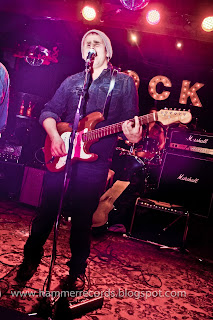 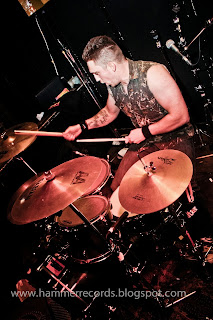 The last band we caught was Bobby's Cane. We've seen this band a few times and they keep bringing it. Good sound, cool tunes but we just want to see them take it a step forward. Push the boundaries. Take it beyond the stage. We love seeing bands evolve and grow. We are not saying do something super crazy, but find something that sets you apart from the rest of the bands in BC. We are excited to see this band grow into fruition. Check out their Facebook page HERE.

Check out the rest of the photos HERE.
Posted by Hammer Records at 5:15 PM