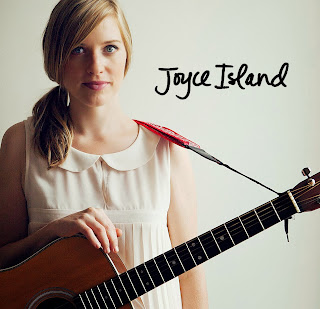 Joyce Island reached out to Hammer Records and informed us of her upcoming tour! Normally, we hear of many bands hitting the road in mini vans or tour busses, but we have yet to hear of a band traveling by train!

Joyce Island has been playing music since 2007, though is only just releasing her debut album this 2013. In these 6 years she's had some whirlwind success. Playing Vancouver's International Fringe Festival and CITR's "Shindig" as well as being named 100.5  The Peak's "best new artist" are only a few things on her artist resume. She also has been getting lots of airplay on CBC Radio and other college stations with her new self titled album. Since its release, she has been featured on Breakfast Television, go! Vancouver, and in Youthlink Magazine.

She recently announced her upcoming tour entitled "Folkways and Railways." Starting in Vancouver and finishing off across the country, she will be spreading her music not only in venues but also performing her music in the trains to passengers! For all you Vancouverites, be sure to catch her at the Railway Club on Oct 25th with Hot Panda and Fast Romantics.

Posted by Hammer Records at 3:25 PM