Trying to find Red Room was a fun time for someone new to the city, it’s not exactly situated with the rest of “club society” down on Granville bar row but the neon red sign proved helpful. The venue itself was a pleasure to view a show in mostly in part to the abundance of space. If you wanted to crowd closer to the stage for that intimate, sometimes pushing each other around- type of experience then you could but there was a plethora of seating available in every which direction, with pool tables and booths in the back. The venue even had its own light show electronic booth set up with TV monitors around the walls, so even if you couldn't get a good view of the show, you could still see it.

The staff seemed to be mostly friendly albeit some, a bit uninviting as a waitress I’d never seen before interrupted my conversation with a firm "you done with that?" she said while tilting her head towards my drink. I am and thank you for interrupting me. There was a great sound system; the venue was definitely built for shows. You could hold a conversation in the back or get blasted with sound at the front. Great for music lovers of all types though if no bands were playing I’m not sure how the space is utilized. It seemed large enough to be a bumpin’ night club but there wasn't as many people present per square foot as there could be on this particular evening.
Unfortunately I was not able to make it to see the acoustic stylings of the opening act “After our Juliet” but from what I can tell with their social media, it’s clear next time I will have to be present. After listening to a few of their songs like “cut me like you love me” and “remedy” on their Soundcloud page (https://soundcloud.com/afterourjuliet)

I can say that I’m definitely intrigued to what probably would have been a great acoustic show. The band’s sound reminds me something of maybe Bayside or Say Anything, the energetic guitar riffs and dreamy “scene boy” voice will be sure to rack them up a teenage fan-girl basis and let’s face it, screaming teenage fans = record sales. I will look forward to the next gig these guys play at with Hammer Records present. 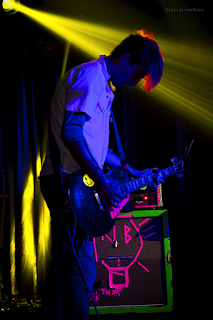 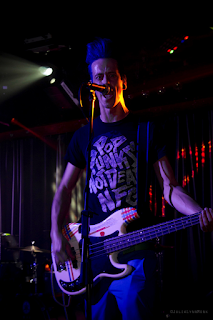 The show, for me, started off with the band “Remember Lite-Brite?” as the lead singer approached me not knowing I was the reviewer for Hammer Records. At the bar he was super friendly and charismatic asking me...so do YOU guys remember lite-brite?? His charm on stage was abundantly present between songs when chatting to the crowd.

The band had a bit of a rocky start with fixing instrumental issues but their energy kept the crowd from rolling their eyes with annoyance like anyone would when itching to see a rock show amidst tech issues.  That being said there was A LOT of talk for the set as a whole. When you want to chill out to a good music set for a bit and there are all these intermittent stops to tune and pause and talk, it can be a bit distracting. Though, who can really help technical difficulties? Make sure you guys can tune those guitars a little faster next time boys! The lead singer’s voice seemed to get better over time. Warm up of vocals I think. Lots of cuss words and banter about sex, though I'm a fan of it some people may not be but then again, if you want a censored show, listen to any top 40 on the radio, did I just say that? 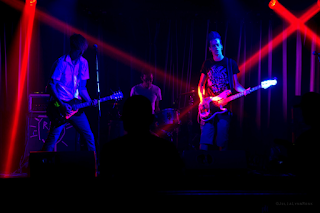 These guys seem like the type of kids I would have loved to be friends with in high school, the colourful hair, the charisma, the Billie Joe had a baby with Tom Delonge-ish voice, oh it would have been a sweet teenage experience. Hell, I'd settle for being friends now, shout out to the band to be friendsies!

Though the crowd was a sub-par interactive experience, the band played on with the essence of not giving a f*ck whether two, or two thousand people showed up. Their catchy guitar riffs and rhythm section reminds me something of Gob back in the day or maybe Red Jumpsuit Apparatus. It was a pleasure to witness and the nostalgic 2000's pop punk rock girl inside me was geeking out during the performance. Whether or not the band was going for that vibe, I think it was brilliant.


The band as a whole jive well, a bit of the back and forth banter seemed contrived at times but I believe with more and more shows it will come naturally. Banter and songs were a bit immature in content; I thought they resembled a young blink 182 though so my older self may be a bit biased. I do believe if the will to survive thrives in these young musical Jedi, that they will make something very special of their career. May the musical force be with you.


Check the band out on their Facebook page HERE. 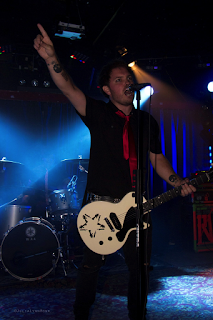 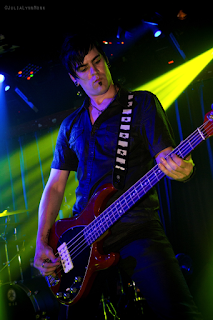 Well… the bands entrance was pretty fantastic. The screaming fans, the epic entry music, starting with an in your face loud American Idiot tribute to Green Day, I think Billie Joe would be proud. I certainly was impressed although my dad moonlights as an Elvis Presley tribute artist and he plays the same song before walking on stage… so I may be a little biased on thinking it’s a bit cheese. Cute. But cheese.

This band seemed to have a much bigger following than the previous two as the dance floor filled up with gently jiving bodies, still needing a few more brews to loosen up and then an over load of Green Day fans screaming every lyric back in their faces with fists pumping in the air. 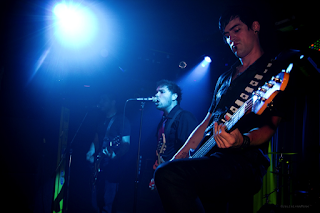 No doubt the band could play their instruments and play them well; it was a pretty spot on impression of green day. Impression I say because with some "cover songs" you get that the band has taken something old and put their own self into it, a “spin” on it if you will, where as a tribute artist, as these such men call themselves at least in the playing portion, did not seem to try and deviate from the greatness that is Green Day but rather, mirrored it well. The black attire and red tie even reminiscent of the bands earlier days. Who doesn't like a good Green Day tune?

The band had an intense energy and stage presence about them, thus making me wonder what they would be like with their own material. That being said the Green Day tribute was a well-executed one at that, I will definitely give them that one. They seemed to be comfortable with the material, their performance and their star quality without even trying. A bit of a strength compared to the previous band. The crowd that followed them out seemed to be that of a real life, fan girl, "please marry me" following. I give props to these men on their performance and will look forward to anything original if/when they put that out to the universe. 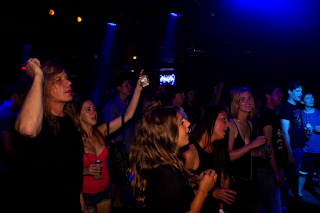 Review and photos by: Julia Lynn Monk
Posted by Hammer Records at 4:22 PM