Old Man Canyon Premiere New Track ‘GOT YOU ON A RIDE' 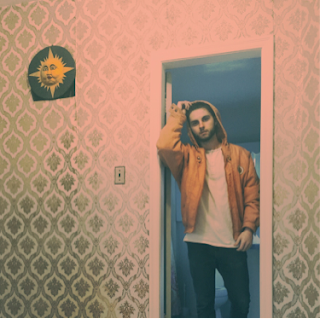 Delirium has been an evolution in style and genre for Old Man Canyon, bringing new elements that are in-line with the goals of the live show. The album finds them phasing in vintage synths and more electronic instruments.  Beyond the 10 tracks on the album, ‘Got You on a Ride’ treats fans to brand new unreleased material.
Old Man Canyon kick off their headlining North American tour this week. The 15-date tour will take them to Winnipeg, Toronto, Boston, New York, Saskatoon and more. Tickets are now on sale here - see below for a full list of tour dates.
THE BUZZ
"It’s a marvellous reintroduction to Old Man Canyon, reinventing while keeping his sense of pop-accessibility that likely won over his fans in the first place." - Consequence of Sound
"Delirium takes its listeners on an expansive and lush journey." - Baeble Music
ABOUT OLD MAN CANYON
Old Man Canyon, led by Vancouver native Jett Pace, emerged on the alternative scene in early 2012. The debut EP, Phantoms and Friends earned rave reviews from the likes of AudioTree, “Their authentic approach to musical creation puts poignant thoughts above contemporaries. The willingness to break folk rules contributes to this authenticity”. Their songs were featured in the MTV series Awkward, Showtime’s Shameless, Bravo’s Suits, ABC’s Pretty Little Liars, FX’s Sons of Anarchy and The CW’s The Flash. While Phantoms and Friends is rooted in a folk-pop sound, comparable to acts such as Chet Faker and Fleet Foxes, Delirium is an evolution in style and genre, bringing new elements that are in-line with the goals of the live show. Delirium finds Pace phasing in vintage synths and electric instruments. Delirium was released on January 15, 2016.
WATCH ‘Back to the Start’: