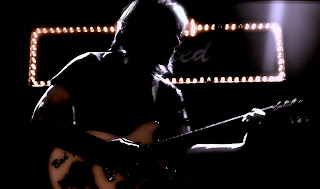 The Rickshaw Theatre is putting on a Prince Tribute Night. A ton of great bands playing one or two songs of Princes. Don't miss the night on July 22nd. We had a quick chat with Zaf, guitarist and singer in Zafirios.


Hammer Records: What was the first song that your heard by Prince?
Zaf: Chaka Khan’s version of “I Feel For You.”  It was the first 45 I bought.  I always loved the groove, and chord progressions of that song, not to mention Stevie Wonder on harmonica.  Later, I found out that Prince released it on his eponymously titled debut.

Hammer Records: How did Prince’s music influence yourself as a musician?
Zaf: The fact that he was a perfectionist and a master of many instruments makes you realize that you have to practice, practice, practice in order to even think about coming close to him.  He kept refining his craft, which is inspiring and humbling as a musician.  Plus, I like to warm up my practice sessions by playing along with his songs.

Hammer Records: Does Prince influence your current band?
Zaf: Our band “Zafirios” has a strong funk influence that is partially inspired by listening to Prince, on my end over the years.

Hammer Records: Why did you choose this certain song(s) to perform by Prince?
Zaf: I love the storytelling in both “When You Were Mine” and “Peach.”  “When You Were Mine” shows the strange side of human nature; how we miss someone more after a relationship is over, despite the fact that it didn’t work out.  Plus, it sounds very new wave, which shows how Prince experimented with different genres.  “Peach” seems bold, cocky, and lusty, but when you listen closer, you realize that the narrator is vulnerable and feels like his love interest is way out of his league.  Plus, it has some fiery solos from the Purple One.

Hammer Records: With such a large diverse number of bands performing, are there any bands you are looking forward to seeing share the stage with you?
Zaf: Trailerhawk, China Syndrome, Eddy D and the Sexbombs

Hammer Records: Where can people find your music? What are your social media links?