Halloween is always a busy time downtown. Everyone dressed up trying to get into the cheapest club or wandering the streets seeing everyone in costume. But some people decide to break the rules and do something... extraordinary. 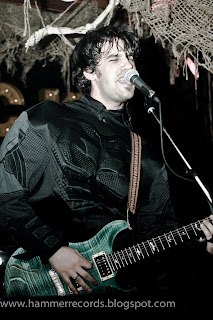 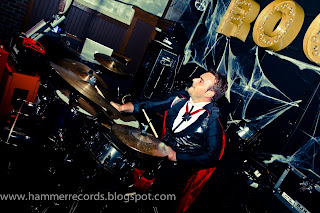 There is always theme events on Granville but having a masquerade ball just sounds elegant. To start off the night was Whiskey Jack. True to their name, there sound was true rock and roll. A dynamic three piece of Batman, Dracula, and.. something! It was nice to see some movement and interaction between the members But it would have been nice to see the band try and interact with the crowd a little more. I know its hard with a small crowd but maybe move away from the mic stand and rock around the stage. Some nice tunes, great bass lines. And the drummer was singing with a headset microphone. Very cool to see. Would like to hear the album or a music video to see this band shine! 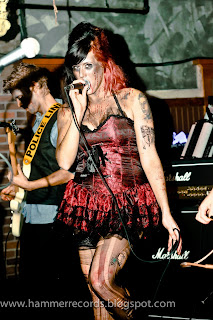 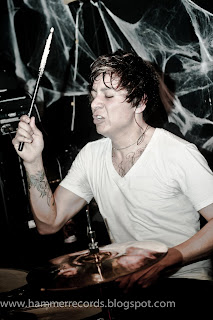 The Shrugs have been featured on Hammer Records a few times and they always deliver. A very dynamic band with a strong stage presence. After seeing them over and over I feel like they just are waiting for a spark or something to take them to the next level. Always writing new songs and evolving their sound but I want to see them take their stage show to something more. Halloween allowed them all to zombize themselves but it would be great to see them do something over the top for shows. Take it a step up and do something crazy! Great band, be sure to watch out for their new music video coming out soon! 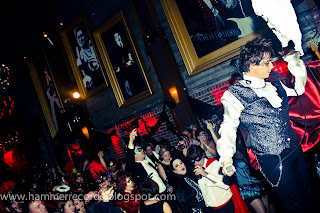 Lift Off is a good example of taking things up a notch. Renting a bus to bring their crowd to the show, bring their own strobe lights and fog machines, As well as huge banners. Now allowing the visual aspect match the ferocity of the music aspect it brought the whole show to a climax. The crowd was packed as they rocked through there set. Everyone was grooving and dancing to their fantastic tunes. This band is on the fast track to the top of the scene and we are proud to support them! If you haven't already checked them out then carve time into your schedule too. They have a new music video coming out soon!

Turned out to be an amazing Halloween! Continue supporting the scene!

James, signing off
Posted by Hammer Records at 4:45 PM