Firewind Is The Brutalist Of Wind

When I heard Firewind was coming to town I grabbed the phone and dialled their management as soon as I could. I was determined to see these Greek Gods tear it up on one of my favourite Vancouver venues. 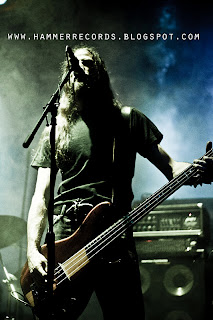 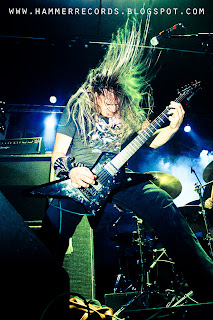 The Joint Chiefs started off the night with their brand of metal. These are local campbell river band that gave it their all. Their sound was very raw and ragged. Reminds me of a super young Slayer. Lots of headbanging, jumping around stage and crazy antics, but not the strongest songs. After a few songs each riff seemed to blend into each other. Would have liked to see a little more dynamics with songs or maybe a little different instrumentation. I would imagine their album sounds tight, but live just needs a little more work. 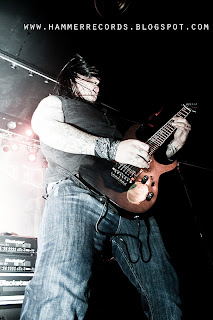 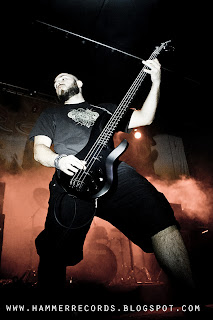 Nightrage roared onto the stage and took things up a notch or two. More melodic metal than the previous band with very tight riffs. Structured metal where I could recognize the chorus nicely. Screaming vocals pierced nicely through the duel guitar onslaught. The bass filled up the bottom end nicely, his lines just complimenting the guitar lines. Super tight drums, but thats to be expected from Firewind's drummer, Johan Nunez. This reminded me of some of the best metal bands in Vancouver, great band but not mind blowing. 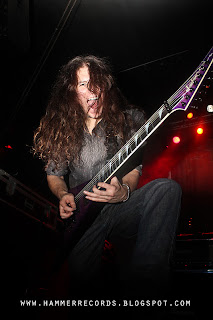 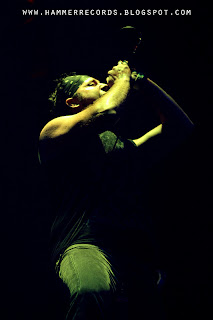 Taking things up about 10 notches the next band just ripped onto the stage. First thing i noticed was such a strong bass presence. Amazing lines that really drove and set the mood for the songs. Mix that in with the driving drums, riffing guitars, and soaring vocals you get White Wizzard. If Iron Maiden and Judas Priest had a baby then this band would be its offspring. Amazing stage presence, a true touring band. This band got the crowd roaring and cheering. Catch choruses and a very over the top feel overall to the band. Can't wait to see them back in town! 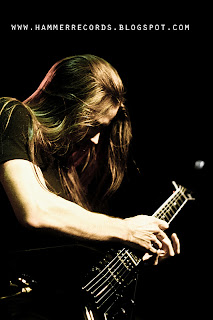 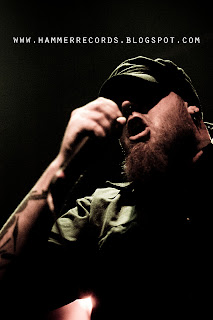 Holy shredding guitar batman! Killer riffs, this band just whipped the crowd into a moshing frenzy. Their bass player was a madman as he leaped around the stage headbanging like no tomorrow. Arsis definitely had their craft down. Not as melodic as White Wizzard but their ferocity made up for it in spades. This band just give it their all. Their fingers were like lightening up and down the fretboards. The vocalist roared until I thought his voice would give out. The drums just blew my mind. His kicks were like a machine gun blasting out of the speakers. So dynamic yet so precise. Amazing.

Firewind just blew everyone away though, as expected. A professional band that has been around for years and it shows. They showed professionalism and a level of stage presence that kept the crowd cheering the whole set. Gus G, who now is also touring as Ozzy's guitarist, just was amazing. I love firewind's albums and to see them live was a treat and will never be forgot. Sadly we weren't allowed to take pictures or videos, but they will live within our minds forever.


Here are previews of the videos filmed at the show:

Posted by Hammer Records at 3:20 PM