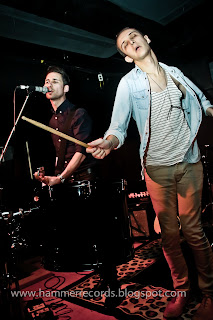 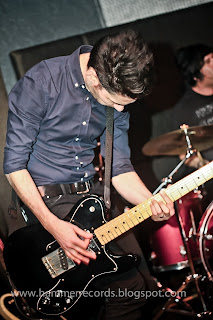 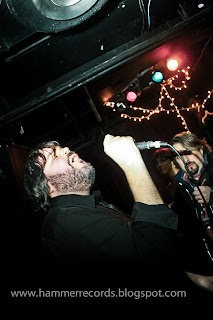 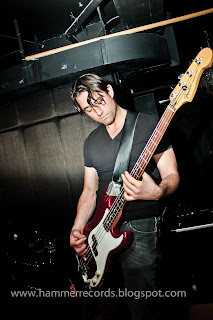 Sex with Strangers reminded me of a cross between Meatloaf and Metric. Some unusual songs but always catchy in some way or another. My personal favourite was Waving My Heart which will be uploaded to youtube soon! I'm not sure if the sound engineer went and took a herbal smoke between Fine Time's set and SWS set but the mix was definitely not as punchy. The guitar was quite sound, the bass sat a little too in front of the vocals and the vocals were pretty buried in the back. The potential was there but I personally think the sound could have been better. But that didn't stop this band! They provided an amazing set and the crowd interaction was magnificant. The front man had no problem getting in peoples area and dancing it up. We will definitely be checking these guys out again!
Posted by Hammer Records at 10:08 AM