Went to the Vancouver Seeds show on Friday and thought it was odd only putting two bands on the bill. But what i didn't realize is it doesn't matter how many, it just matters who. 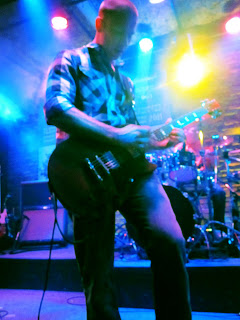 Exit 200 just played a fantastic show with The Ataris ("Boys Of Summer") the previous night and showed no signs of fatigue as they rocked that stage. Incredible stage presence, great sound, super talented these boys looked ready to dominate the world. They had the "look", as in it was no wonder why the dance floor was full of ladies, all their eyes upward captivated by the band. Nothing was boring during their set, keeping things fresh with new grooves, ideas, and even an amazing alto sax being wielded single handily onstage. This band blew my ears off. 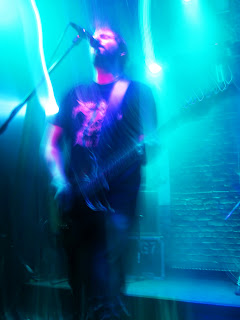 Ryan McMahon and the Company Damn was up next. Now i had YouTube this name before and I had seen a singer songwriter guy go up and sing. But turned it off before I had really heard anything. This band was absolutely amazing. The songs were so well written, lyrics so thoughtful, full of dynamics that i was mesmerized the whole set. His voice is the sound of sweet wine in my ears. Not much i can say except for go check out these guys. They are older but sound more experienced and had everyone from band new 19 year old to plenty of milfs to dance to their music as they rocked their set.

Two great bands packed the Roxy and inspired yet again that there is some incredible talent in Vancouver just waiting to be shared.


PS. Due to an accident with my camera i was unable to take pictures of the show. But i managed to snap some shots with my gf's camera.

Posted by Hammer Records at 2:51 AM