Want To Be Grand? 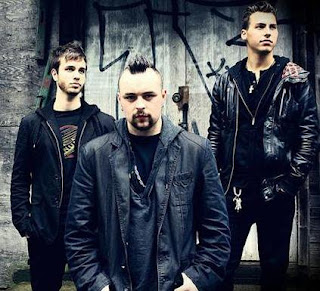 Think if the White Stripes, Queens Of The Stoneage, Wolfmother and Led Zepplin had a baby.. The Grand would be its name. This is becoming one of my favorite bands in Vancouver. A sound i can truly headbang to no matter when or where. These guys are bringing the ROCK back to Rock'N'Roll. Vocals sound a like a young Chris Cornell (Sound Garden), guitars sound like Queens Of The Stoneage and the bass sounds fat like Kyuss. And the drums sound they have every rock drummer rolled into one! The drums make the songs, adding that extra spice and flair which makes you just want to thrash your head and mosh until your bones shatter! This is a must hear!

Accomplishing so much for a fairly new band to the scene, but all the members are no strangers to playing. All coming from an assortment of different bands to form this beast. Their fan base continues to grow at an incredible rate. everyone who hears their fury instantly asks themselves why they aren't up front and center to absorb this madness. Making the top 20 in the Vancouver Seeds competition which have denied older more experienced bands many times, these guys rocked to the top and would have kicked ass except for a dumb rule by the rule makers of the Seeds. As rock law says "Rules are meant to be broken!"

So grab a beer, a joint, or both and take a listen to these guys blow your ears at
http://www.myspace.com/thegrandspace