Are You Before Helen?

I haven't been out to many all ages shows, but the few i have been to have ranged from 5 people to 30 people. But usually those 5-30 people are the most energetic people I've ever seen. And this was no different going out to Coquitlam to see Before Helen's CD release party. 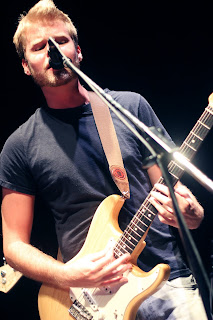 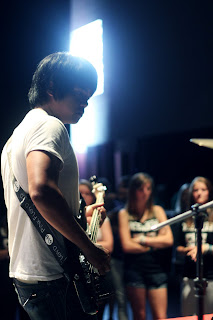 Only a week ago we saw The Chimpanzebras rock the Roxy with Kristen Karma. They opened the night up yet again. Sadly the sound system was ill equipped to handle their dynamic sound. While a good mix, the vocals were quite distorted giving unnecessary edge to their sound. While playing a good set and communicating with the audience the bunch of youngsters didn't seem overly thrilled. Great set guys. 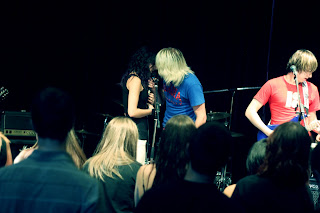 Once again We've seen Green Tree before, but they have greatly improved since the last time we saw them. Reminding me a lot of High School Musical mixed with Glee. Really good new songs. Loved their recording of their single. Good to hear they are heading back into the studio. I hope they work hard and come out with a product worthy of their talent. I think with the right producer and engineer their song Mountain could really be a hit. The drummer has an amazing voice and I wish he sang up and front more. Would be very cool to see them grab another drummer and having a singing duo up front. Solid show. Their have the loyalist fan's I've seen from any band their age. Just keep on truckin! 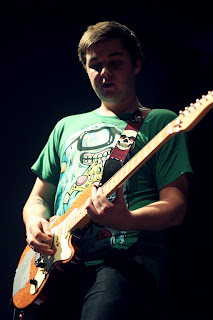 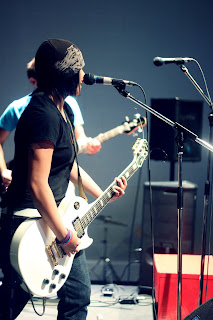 Before Helen was supposed to open up for Kristen Karma but was unable due to their drummer already being booked. Their drummer was amazing one of the most pounding drummer I've seen at an all ages show. The lead guitarist was also the sound engineer for the show. Sadly leaving it up to your friend while your playing usually doesn't go so well as was the case that night when the constantly feedback loops were distracting from the show. But that didn't bother the band at all. They rocked hard. The lead singer really taking control of the whole situation and had a very commanding stature on stage. A very kind of "it's my show, don't F*ck with me". Sadly the mix keep bugging me. I wanted to step in and fix it but didn't want to step on any toes. Crowd responded well to the headliner. Cant wait to see this band further down their career!
Keep the scene alive guys, all ages can rock.
Hammer signing off
Stay Hammered
Bands if you want all the pictures please contact us at hammerrecords@hotmail.ca
Posted by Hammer Records at 12:49 AM