Proving You Don't Need CD's for a CD Release Party!

Returning from tour once again Versus The Nothing was eager to play for a home crowd. After seeing their last show at the Media Club I didn't think anything could top it, but as usual, I was wrong. 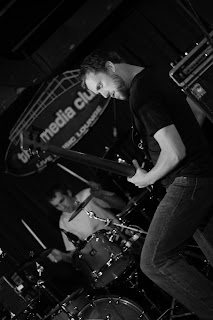 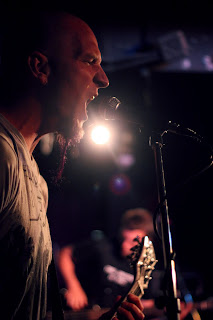 Thorntry opened the night up to a small crowd, warming the stage for the coming onslaught. Playing some very tight riffs and easily head bangable songs I thought they sounded a little like Black Sabbath, but with a heavy Metallica influence. I know its hard as an opening band to get "into it" but would have liked to see some more movement around the stage. The drummer was using VTN's drums so i think he was a little out of his element and it sounded like their guitarist was having an off day. While playing super tight rhythm riffs, his leads were not his strong points and stuck out like a sore thumb. Sick axe he was wielding, but some awkward moments. The bass player was tight and fat and his sound really filled out the tracks. I would like to see them in a few months and see them kick some ass! 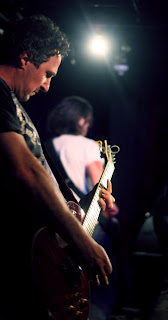 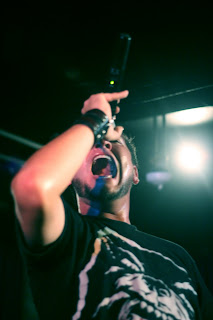 I had heard a lot about the next band but had never seen them play. Senticsphere rocked the stage taking things up about several notches. A true powerhouse of sound. Reminding me of the local band Macula with their modern rock driven sound. Frontman Warren's vocals amped up the crowd as the band behind him rocked hard. I swear Luongo was playing bass on that stage, the bass player looked a lot like him and half expected him to be wearing hockey gear! The band worked well together. Stay tuned for more stuff from them! They are back in fighting force and ready to take over the world! 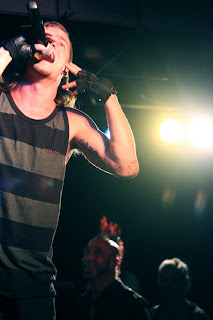 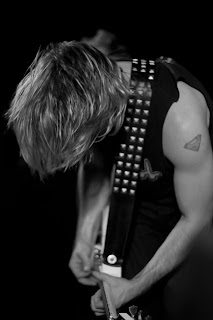 The show was already getting pretty late, starting pretty late and long breaks between bands, I was worried Roxy and I would have to leave the show early to catch the last sky train. So we were happy to see the headliners take to the stage, I must say, well worth the wait. Versus The Nothing reminded me why I love to local music scene. True rock heroes, traveling with the clothes in their back and the instruments in their hands. After months of touring they had sharpened their skills to a pinpoint of perfection. The singer just threw himself around the stage as he roared into the microphone. Doing pull ups on the rafters, jumping, spinning, even failing at points. I remember hearing "She's A Killer" just as they released the single, now after fine tuning the song they rocked it quite early into their set. But it seemed like everyone in the club knew the lyrics to that song. Taking things up another 10 notches they blew that stage apart! Sadly they had no physical copies of their CD at the show, but it is available on CD baby and iTunes! SO CHECK IT OUT! I can guarantee you wont be disapointed!

Keep Rocking! Bands, if you want the rest of the pictures/videos of the show please email:
hammerrecords@hotmail.ca

Hammer signing off,
STAY HAMMERED
Posted by Hammer Records at 1:19 AM