The Apocalypse Is Upon Us

When Roxy was working fright night, I travelled to the Media Club to see ex-local band Kill Matilda rock the stage.The night was a double CD release party for Kill Matilda's Zombie Apocalypse and Sol's 3 new album. Mia Moth was supposed to open but I was pleasantly surprised when approaching the venue... 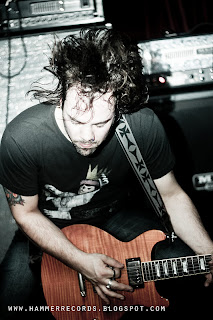 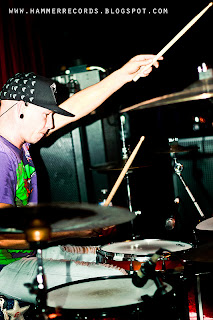 I was just showing my ID when I heard a familiar sound. I was like "They're playing Bridges Out on the stereo!" but as i entered i saw them tearing it up on stage! These guys were in the middle of rocking out when I joined and started snapping pictures. They sound exactly like their album and had the stage presence to make their tunes rock. Thumping bass, heavy guitar, soaring keys, and screaming vocals made them sound tight and larger than life on stage. Only thing that would have improved the show was some band on band interaction. Its always a treat when a band is so comfortable on stage that they have fun with themselves as well as the audience. Bridges Out involved the audience and it was apparent that the crowd was familiar with some of their songs, but I would have liked to see some band members rock out with each other. Super tight sound, great crowd involvement, and just overall great performance. 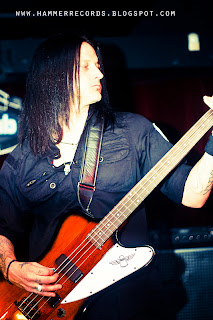 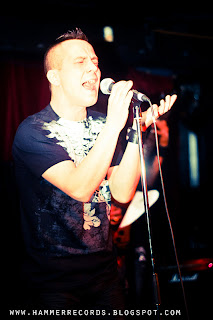 Up next was KUSH. I had only heard of and seen posters of them around Vancouver. Its hard to top a great band like Bridges Out, so even though they had a raw edgy sound their stage presence lacked. It took me a few songs to warm up to their sound. An interesting vocalist with an unusual sound. I would have liked to see some more movement from the whole band, they were very stationary. Their sound was a mix of blues rock and hard rock. Some great guitar licks from both guitarists. The drummer seemed a bit unsure about himself or his playing. I believe the drummer should lead the songs tempo wise and it felt like the drummer was more of a follower. Simple beats but simplicity worked for some of the songs. Great back up vocals from the rhythm guitarist. He had a song where he sang and I really liked his voice. The bass player was ripping on a firebird bass and had the look of a hard rock bassist. Would have liked to see some more movement and maybe some headbanging from him. The whole band LOOKED good, the lead guitarist looked like Petrucci, the lead singer looked like someone from Jersey Shore (in a good way) more of a modern rock look. Keep working boys! 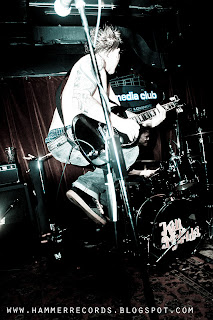 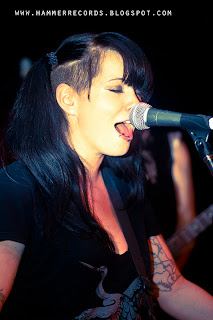 Kill Matilda looked stoked as they hoped up onto the familiar Vancouver stage. They have been touring for over a year now promoting their music all over Canada. Having great success on both radio and TV their music has been reaching new ears and new heights! This band is the real deal. Living the life of a true rock and roll band, the clothes on your back, the instruments in your hand and the music in your hearts. They put on a great show, jumping all around the stage and rocking out like no other. Playing so hard and aggressively its as if they believe the Zombie Apocalypse is happening tomorrow and this is they're last time to play! Dusty, the lead vocalist, always involves and communicates with the crowd. Everyone on that stage looks like they are having so much fun its hard not to join in. A few times I put my camera down and just headbanged. Go see them when they come back to Vancouver! A full album review of their new album Zombie Apocalypse will be coming soon! 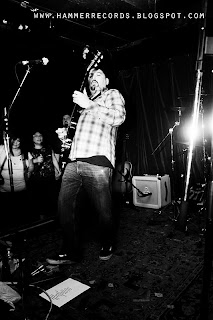 Last but not least was Sol. 3, releasing another great album. These look like your normal straight up rock. Looking like a cross between Weezer and Trailer Park Boys. Lots of plaid, glasses. A definite college rock kind of sound. An all around good-time feel kind of band. Definitely had a huge draw of an older crowd. A lot of people dancing and grooving. But nothing super special during the time I spent there. Had to run to catch the skytrain home. But good show guys! Can't wait to check out their album!