Who likes getting bullied? WE DO! Broadway Bullies that is! After hearing they were playing a spontaneous show at the Library Square Pub after the hockey game we had to go check it out! 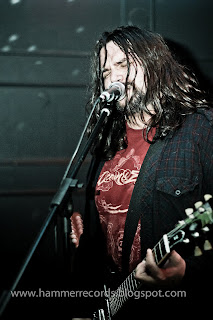 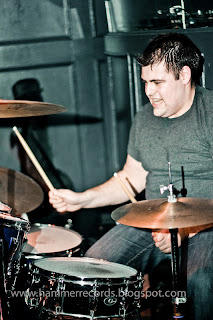 Upon arriving we heard the tunes of our friends Azimyth. I've played the Library Square Pub and I know the difficult balance they have to keep between a good listening level for those bar attendees who are just there for the game, and the good listening level for those who want to rock! Also with a limited P.A your amps can't go to high or risk burying the vocals. Azimyth played some good tunes. Getting more into it as their set progressed but I was slightly disheartened at the lack of movement and crowd participation. For having a group of dedicated fans up front and center I would have thought some more rocking out would happen but in a more uptight venue I can see why holding back might prove instinctive. 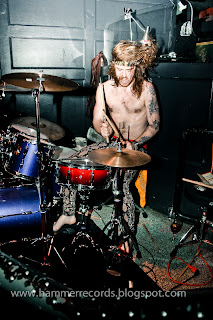 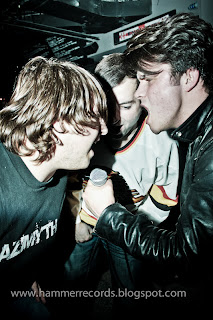 But the opposite with The Broadway Bullies. Gearing up for their show on Tuesday at the Roxy they didn't hold anything back this show and rocked the stage. Upon starting everyone was sitting down and somewhat disconnected but at the end of their set, they had everyone up and moving and really enjoying themselves! They brought the thunder as they blasted into their set. Nothing short of amazing with grooving rock, epic solos, fat bass, crunchy drums and gritty vocals to complete the sound. The whole band has a certain sense of swag and that just can't be topped. Angus and Christo were up to their usual shenanigans by bouncing their energetic performances off each other. Highlights of the night... multiple flying jump kicks by Angus, rocking Panama by Van Halen and breakdancing at the end of their set. 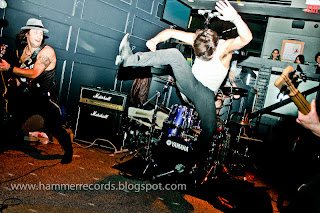