If I had any doubt that Vancouver's new rock venue wouldn't be a smash... I was inspired by Magnetized Productions show at Tunnel. Every friday the nightclub is transformed into a good old fashioned rock and roll venue! 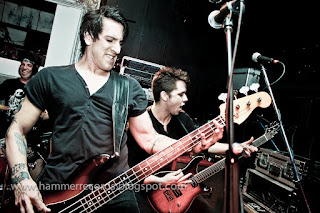 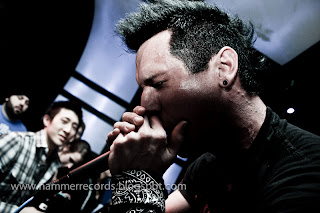 First up was It's Criminal. After missing them at Joe's apartment with Versus The Nothing we made sure to get there early to see the band rip up the stage... literally. This hard rock band was true rock when they blasted their set loud and proud. Great musicians, well written songs, and catchy hooks really made for a great sound. Mix in an in-your-face frontman and you get a recipe for destruction. Rocking out so hard they knocked over mic stands with classic punk rock attitude. Definitely a Hammer Records favourite so please check these guys out. Long live rock and roll! Check their Facebook HERE 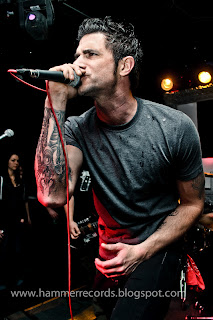 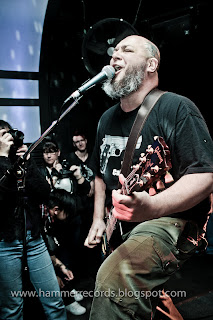 Riverview was up next, after setting up. For having a fairly simple set up it took them ages to get their gear up and going. Playing well, but also louder than any of the other bands. The frontman was strong stage presence but was vocally rough around the edges. We at Hammer Records love loud music as much as the next person, but being excessively loud for loud's sake is pushing it a bit. When the sound guy has to crank up the vocals to the point of feedback it means turn down the amps. Specially in a small venue where only so many people are up front. They played great but would like to see them at their next show. Check out their music HERE 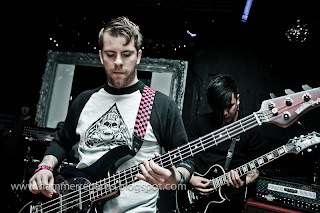 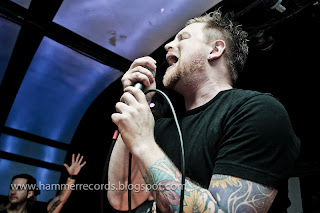 Quartered has an amazing history and accomplishments. On tour constantly and having tracks on Rockband are only a couple of great things this band has done. I had the pleasure of sharing the stage with them once in my old band Moniker and they blew my mind. Seeing them again after a year they still blow my mind. Great refined sound of a modern hard rock band. Elements of prog rock mixed in with metal to create a blend tastes which just flow into ones ears. Catchy hooks and sick riffs rekindled my love for Quartered as they blew away the crowd. Using boxes crafted to house lights to shoot up at them as they played they looked and sounded amazing. I could see Quartered rock a small venue, a theatre or even an arena and you would still get such an intimate feeling with such a personable band. Check out their music HERE good luck on your tour! 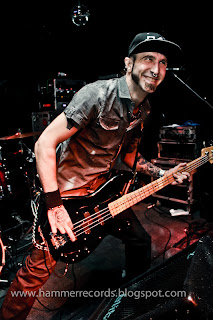 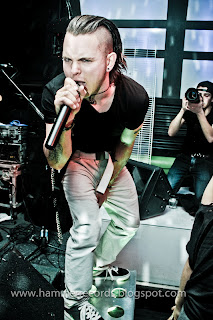 Once again skytrains wrecked a good crowd. People dispersed having to go catch the last skytrain home and by the time Inside It Failed took to the stage there were only a few dedicated fans left. But that didn't deter them from rocking the stage! All of them had great stage presence and I wish they had a bigger crowd. Great hard rock sound and working hard on spreading their name through the scene! Check them out HERE
Posted by Hammer Records at 5:53 AM