We've Got A Screamer!

That quote from Cameron of Lift Off pretty much sums up the night! Two bands with big fan bases but very different sounds took the stage Tuesday night at The Roxy. Now I know if your watching something your not very excited about you might not be up front and centre or even on the floor watching, but I was saddened by a few discouraging shouts from the sitting crowd while Lift Off was on stage. If you don't want to participate in crowd participation then just stay silent instead of shouting out jeers and mocking comments. It was only a couple jerks in the crowd, most of the crowd was supportive and friendly! 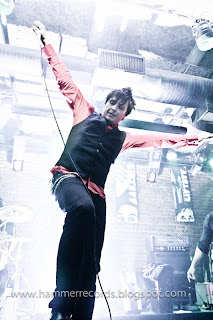 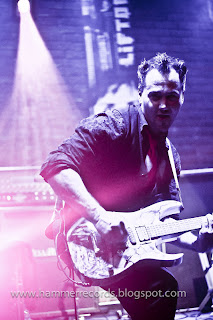 Lift Off put on a show, no other way to say it. Brought extra lights, banners hanging on the wall, and a set crafted perfectly. They are gearing up for heading down south to Texas and I think if they played every show like they did Tuesday night then they will blow the audience away! Even though they have been featured on our page plenty of times, we only see them getting better and better. Crafting their set to be full of energy and crowd participation. Such great personalities on stage and great movement! True Rock and Roll! If you have not checked them out click HERE 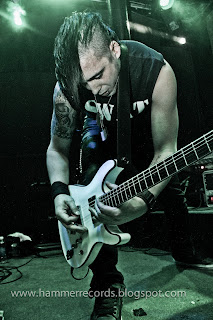 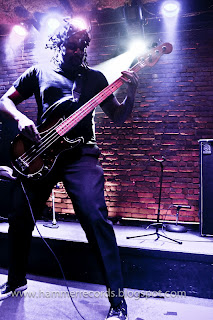 Stand Down tore up the room on a different level. Tight heavy riffs, thundering bass and gritty vocals. A mix between Kyuss, Black Label Society and Tool. Frontman Ken Goode rocks that mic harder than Chris Brown hits women! Brilliant frontman, great movement and his whole essence just screams rocks. But a few too many great vocal moments lost from holding the microphone away or at an off angle. In the recordings the vocals are up front and centre and his tone just blows my mind, but live they were a little to buried under the guitar and bass. Running through a vocal processor is a great idea, adding harmonies or effects to really take the vocals to a whole new level, but once again was lost in the mix. The guitar was tight and great movement, really laid down the feeling of the tracks. The bass was thunderous for such a small amp, a couple problems early on but him and his dreadlocks made the stage shake with his low end riffs. The drums were tight and monstrous and keep the tracks moving forward as well as laying it back in halftime feels for choruses and bridges. The band was super tight with each other and made for a great show. Check them out HERE
Posted by Hammer Records at 3:27 PM