Hammer Records loves supporting the scene as much as we can and love seeing younger bands emerging! Rekindling our memories of in the basement with our friends dreaming of rocking huge arenas and stadiums. But for some of these bands it could be a reality, and with veterans Sharks! On Fire! 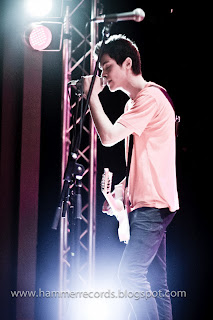 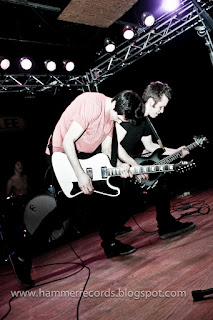 Goodnight Grace was rocking their set as we entered Tom Lee Music hall to a refreshingly large crowd of eager youngsters. With impressive skills on their instruments and amazing stage presence they looked like they were having the time of their lives. At times the vocals were pitchy or a little weak but I'm sure some lessons and years will craft it to a hard rock voice of the gods. They played the song they did their music video with, but we thought they could have picked a better single for their video frankly. The song following had much more dynamics, melodic vocals and catchier hooks. With some production and direction their album could be a great hit! Be sure to check them out on Facebook HERE 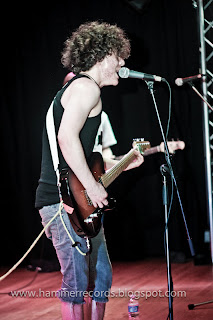 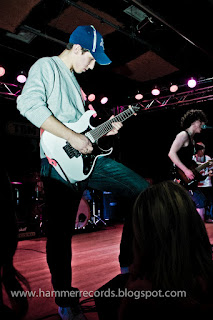 Solitary Silence was up next. This was an interesting experience. The guitarist and drummer were totally into it and rocking it up. But the bassist and second guitarist just weren't selling it to us. This kind of music needs super enthusiastic energetic. Also the vocals were very rough and not as melodic as the demos made us believe. Good music but just need to work on their live show. Check them out on Facebook HERE 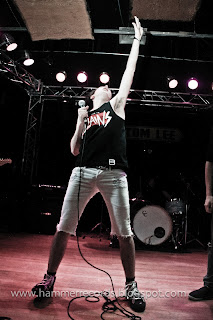 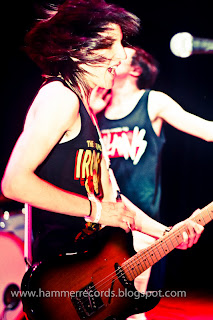 After Our Juliet set up and without any real announcement started their set with a flanger heavy guitar riff. Seeming quite loose around the edges at the beginning of their set leading up to an actual "what-are-we-doing-now?" moment in their set after loosing track of their structure. Metal riffs, thrash riffs with melodic vocals and screamo created the sound of After Our Juliet. Great movement from the two frontmen, a kind of Ying and Yang essence between the hardcore screams and the soft melodic vocals. Nice improvisation when the guitarist broke a string and had to find a new guitar, they broke out into an random song to fill time. The bassist while playing fairly complex riffs didn't seem to move more than 5 steps the entire show. Would have liked to see him match the energy from the rest of the band. Near the end they seemed to be getting more into their groove, definitely would like to check them out at a later show! Check out their tunes HERE 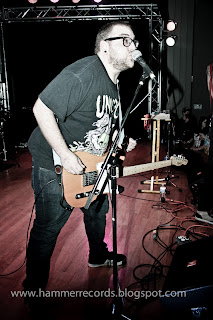 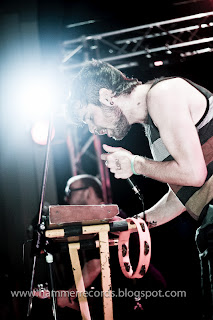 Sharks! On Fire! are no strangers to the stage. Having even putting on their own music festival up in Kamloops these giants in the Vancouver music scene and are a great role model for all bands. Such an energetic and friendly band on and off stage. Their songs are always catchy and full of "rock-your-face-off" moments! Synth leads and thumping drums carve the hole for the thick bass and crunchy guitar. And the vocals sit perfectly on top of the carefully crafted sound. S!OF! Can play any stage, big or small, they will dominate it. This night was no exception, whipping the crowd into a sea of jumping arms and smiling faces. If you have not checked out this band go HERE and treat yourself.
Posted by Hammer Records at 5:55 PM