The Cellar nightclub on downtown Vancouver's Granville strip is hosting another "Cellar Launch Project," and Hammer and I have the pleasure of being on the judging panel alongside other amazing industry professionals including: Chloe from Artropolis.ca, Ryan from Rednyne Productions, and Mr. Rockstar himself, Jordan Carriere (Static In The Stars) from Beatlab Studios! The competition will be held on Wednesdays throughout the month of February; the next dates are the 15th, 22nd (my birthday!), and 29th! 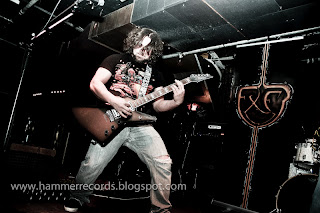 The first show was held just yesterday, the 8th of February. On the bill for the night were Exer, The Day He Quit, and Bridges Out!

"Exer" was first up - and the pressure was on! It's tough being the first contestant up in a competition, but these guys held tight and rocked through their set. They had interesting sound, sort of an Urban Metallica. The drums were nice and heavy hitting, and the the guitars/bass flowed together nicely, though it would have been cool to hear some more melodic solos coming from the lead guitarist. The use of three vocalists really gave them a distinct sound, and was very cool to see on stage. Would have liked to see a little more movement from these guys, though they carried themselves greatly and with confidence. Their last song of the night was definitely the favorite from their set list.  Unfortunately, we are unable to find a social media presence for these guys - so if you want to check their sound, click play on the teaser video below (Up Shortly)! 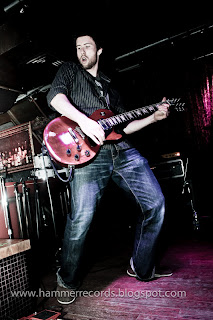 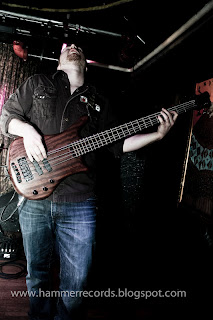 The second band up was "The Day He Quit," and let's hope not a single one of them do! These guys ROCKED, and rocked hard! It was fantastic to see such a following for this Vancouver Island band out on a Wednesday night, but once they started, I knew why! TDHQ had great movement and stage presence, let alone their radical Rock tunes! The vocals were so on-point it rendered me speechless!, the bass was distinct and fat, the guitars were played expertly, and were very melodic and pleasing to hear, and the drums were super heavy and had fantastic timing - creating some super cool beats! Add in the very personable transitions between songs and you've got yourself a show! I can't reveal any points rewarded, but I hope to see these guys go far! To check out their tunes, head over to their FACEBOOK. 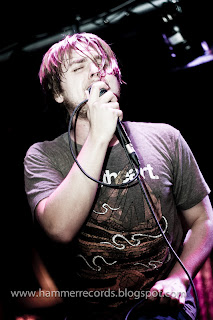 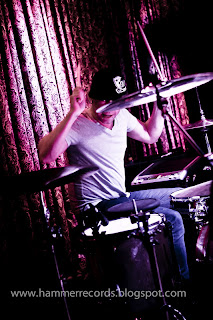 The final band of the night have been featured on our site before, and are constantly played through our stereos here in 'Hammer Land'! "Bridges OUT" is a 6-piece post-hardcore/screamo/progressive band in the Vancouver scene. This band knows how to play each instrument to the best of their abilities, and create a unique yet very marketable sound. The use of synth/keys throughout, and between songs created a very clever way to introduce the next number. Bridges OUT uses amazing song structures, and catchy lyrics to draw their fans to the floor - and despite the lack of pre-sale tickets, they had a good group of people headbanging or grooving to the music. Some more movement from the second guitarist and bass player would have been nice, but other than that - an amazing set! Best of luck to you in the competition! Hope you go far! To check out some Bridges OUT head over to their FACEBOOK page!


To see who's playing in the coming weeks, including a special guest on my birthday (the 22nd)!, head over to the FACEBOOK EVENT HERE. Until next Wednesday!

To See All Pictures Click HERE
Posted by Hammer Records at 8:50 AM