The party continues with 3 new bands hitting the stage last wednesday night! This week it was Gypsy Ray, Oh Village and Japanese Girls. We had never heard of any of them before so had no clue what was going to come of that night and we were pleasantly surprised! 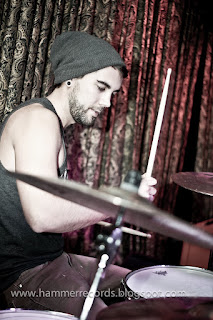 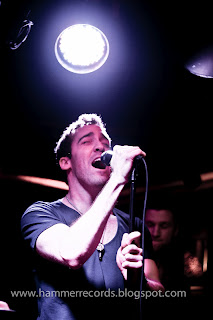 Gyspy Ray opened the night up with some cross between ska, reggae and rock. Now I know being first is always nerve racking and when your in front of a panel and judges it doesn't make it any easier. But while playing well they seemed nervous. The guitarist made a couple mistake during the first song but nothing huge, no train wrecks. The vocalist had a unique voice, lots of natural vibrato and power behind his voice but it seemed more often he ended his phrase with vibrato which become a little tiring on the ears after a while. His stage presence was great and nice melodies over the instruments and great movement and personality. The bassist was grooving along but looked nervous and didn't make a lot of connection with the crowd or judges, same with the guitarist. We always say, play loud and proud! Better to make a couple mistake but rocking out on stage than being conservative. We definitely would like to check them out at another show and I could see them flourishing with a larger crowd, very dance and groove friendly music! Below is a song from their set to get a taste of their sound! Check them out on Facebook HERE 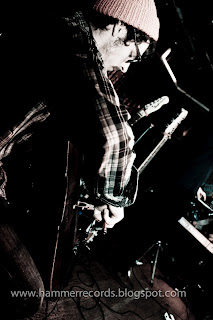 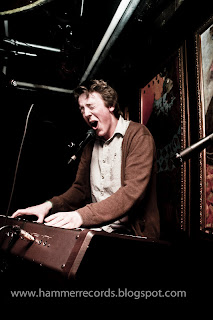 Oh Village followed up and was interesting seeing them set up. Keys, drums, Cello, Trumpet, Guitar, and Bass... yet only four people, instantly grabbed my attention wondering what kind of a sound would come from such a set up. After their first song I was blown away. Their vocalist reminded me of the singer from Beruit, a beautiful soulful voice with such power and dynamics it was like wine! This Abbotsford band had such a unique sound, a blend of folk, rock, alternative. Think Radio Head, mixed with Coldplay, and then taken and turned indie. Amazing musicians, each of them masters of their weapon of choice and as the set progressed their showed their versatility when the guitarist switched to cello and the bassist switched to trumpet. Every switch never drew away from the sound, but adding a unique twist to the track. All while playing around tempos, time signatures changes and key changes. Very personable they talked with their audience, great eye contact, and their energy just filled the room. Below is a track of the night and go check them out on Facebook HERE 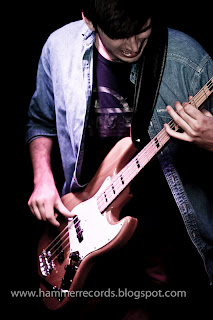 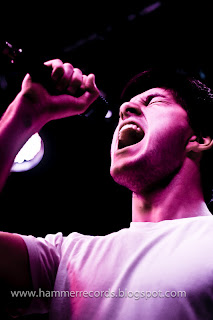 The last band of the night was Japanese Girls, now these 3 lads were anything but fair skinned asian ladies, but captured the audience all the same! Now being the only straight up rock band of the night they were a little amiss but did let that stop their alternative sounding rock'n'roll from lasting loud and proud! Reminding me of the Arctic Monkeys and a couple UK bands their front man dominated the stage. A loose around the edges band with catchy chorus and a slight punk edge to them. The whole band looked like they were having a blast and it translated to their music. We will definitely keep our eyes on them. I could see them teamed up with The Broadway Bullies easily to put on a killer show. Below is a song of theirs from the night and check them out on Facebook HERE


To see all photos click HERE
Posted by Hammer Records at 1:59 PM