Metal To The Masses

Everyone wants that rock star status, but how to obtain it? Well besides the usual way of endless touring to support your music, there is way to get in front of the whole country in one go... television. 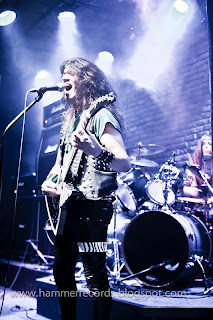 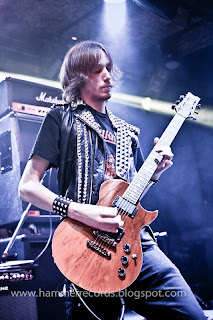 Iron Kingdom took things to a whole new level by rocking the small screen! I managed to sit down and get an interview with Chris Osterman (Lead Guitar) while he was taking a break from hunting dragons.
James: First off, how did you enter into the competition? Give us some of the behind the scenes action!
Chris: We had to send in a video and register and all that to be accepted to try out. We sign up for anything that will get us a gig right so we found out and said why not?
J: What other acts did you see while you were auditioning? Any similar to your sound?
C: haha we'll we know we were completely different than any other act we're competing against, so it made us confident that we had something different you know?


J: What did the judges think? Were they blown away?
C: well at the audition they were very, well they didn't want to say who they liked and who they didn't because we were basically in a hotel room full of maybe 6 acts and we all went one after the other

Posted by Hammer Records at 5:43 PM