A Word With The Truck 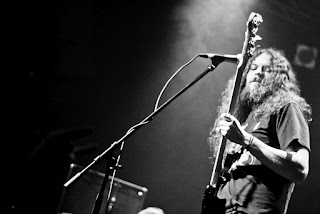 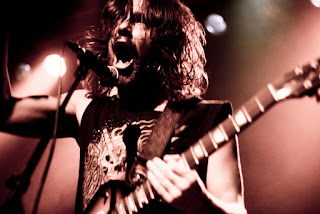 Monster Truck is a band out of Ontario which has skyrocketed onto the national scene recently. To see their full bio, check out they're FaceBook page here! After seeing them on tour with [Fubar's] Deener's NightSeeker, I, among many, thought to myself, "Why wasn't Monster Truck headlining?"

I managed to have a chat with guitarist Jeremy Wilderman about what's on the horizon for the band.

James: So things have been going amazingly well for you guys lately, can you give us a brief laydown of memorable gigs you've played recently? Any unreal experiences?


Jeremy: Getting off stage on this tour and having Slash say "good set" and even just sharing the same stage with him every night is a pretty big mind blow. There aren't many active musicians out there right now that I respect as much as him.


James: Thats great. Yea, he's one of my favourite inspirations of all time. I've read his biography a billion times. Any funny times backstage? How is touring on the level that you guys are at? Have a word of advice to younger bands who are starting off their first tour?


Jeremy: Everyone in the van is taking turns reading his bio now. It's highly entertaining. As far as backstage I'm just gonna let people's imaginations run wild because I imagine the fantasy is about 10 times more entertaining than the truth about us eating veggie trays and stretching to get ready. haha


James: What's next? Any insight into the future of the 'Truck? After the slash tour?


Jeremy: Got a few USA dates with Clutch after this and then getting ready for the album release in the fall. Plus we have to learn about 6-7 songs again that we recorded for the album


James: The EP is stuck in our car on constant repeat. Can't wait for the full album. A different sound from the EP? or along the same lines but with a new twist? What can fans expect from the new album? Have a title yet?


Jeremy: New Twist on the same song writing formula as far as the style we used to record it. Did the bed tracks live and overdubbed guitars and vocals but this time we left out the computers. all to tape. raw and dirty. not as "perfect" sounding. as for the album title you'll have to wait for now


James: Fantastic! Back to analog! As a sound engineer I can appreciate the dedication to tape. Taking things old school. How was that compared to using Protools or being able to punch with such ease?


Jeremy: Very tough. Frustrating for me. I'm not very used to it. I'm used to being about to tailor and fix everything little thing. so being forced to leaving some flubs and missed notes was a new level compromise for me.


James: Such a different feel I bet. But I bet the finished product will sound amazing and real. Your live sound is amazing and I hope this album will capture your essence on a CD. Any word of a music video?


Jeremy: Nah too early for that right now. still finalizing all the logistics on the release


James: Cool! Thanks for the words! Any words to your fans?


Jeremy: Pirate our record when it comes out. The label won't let us continue giving it away


James: Haha awesome. I'll be sure to look for a copy on pirate bay!
Posted by Hammer Records at 10:24 PM