The Vancouver Seeds has a long history of helping and discovering some of the great talent from Vancouver and pushing it to the nation stage. With bands like Nickelback, Faber Drive, Daniel Wesley, Incura, Bif Naked, State Of Shock, Matt Good, and Default as past victors. This year the winners receive 10,000 dollars worth of gear, an EP released by Maple Music, GGGarth Richardson producing your EP and touring with Juno winners The Arkells. Quite a prize that any band would dream of having!


Two weeks full of bands at the Roxy presented by Budweiser brew.
On the first night The Day He Quit, Lovely Sinners and Bullets Over Beauty. 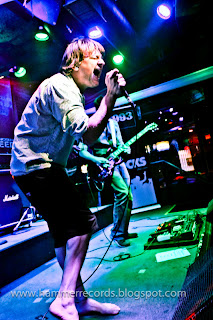 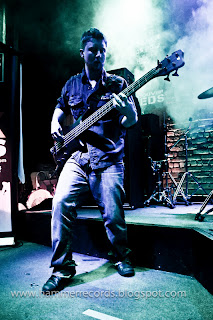 The Day He Quit is a band from Nanaimo, BC with impeccable energy and stage presence. Paired with their wicked riffs, licks, beats, vocals, and lots of loyal friends and fans singing along to every tune - it came as no surprise that they won the Cellar's latest Launch Project competition, and moved on to this years Fox Seeds Competition.  As the first band selected to perform, the pressure was on, though was no problem for these seasoned performers. They moved, they grooved, and started this years competition with a bang! 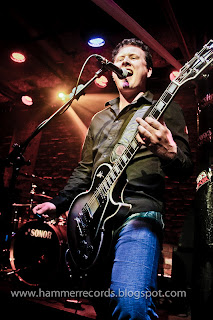 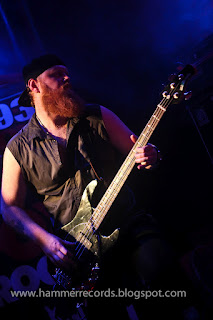 Not letting the energy of the night slow down The Lovely Sinners took the stage by storm. Such a strong 3 piece with dynamic, catchy songs. The bass player amazed us with his skill and groove, filling out each song perfectly with thick yett melodic bass lines. Reminded me of a mix of Motley Crüe, Trapt and Red Hot Chilli Peppers. A solid band for sure. Great vocals and tight drumming also added to the songs. Very rock and roll tunes, though I noticed most of them were over 5 minutes, which would hurt them for radio play, which is still a huge part of publicity today, as it's always been. 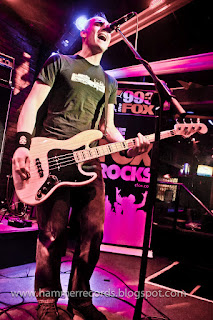 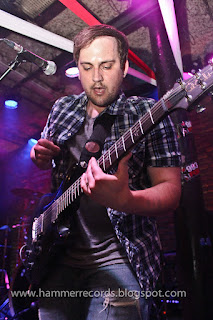 Bullets Over Beauty was last that night and just blew up the stage. A mix of Hedley, Incura, and My Chemical Romance. Such a unique voice and well produced sound emanated from the stage. Each song was crafted beautifully with meaningful lyrics and powerful melodies. Great use of backing vocals, and the perfect instrumentals for each tune. The guitarist moved around the stage using his space perfectly, though I wished the bassist had moved around a bit more. The Roxy, having such a big stage, is best-used when the whole band interacts with each other as well as the crowd. Overall, a great first night of the competition, and a great crowd full of energetic and supportive people. 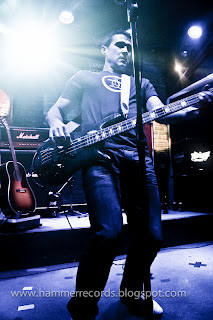 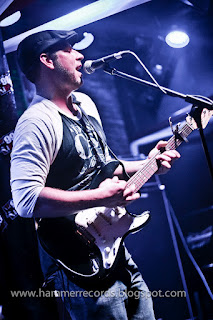 The second night consisted of Kristopher James, The Shrugs and Rude City Riot. Kristopher James did a great job on stage. Well written songs with a tight band to back up his vocals. It was a good set, though nothing super impressed me. Lots of the songs sounded like they were meant for more of an acoustic sound,  but were put on with a full band. 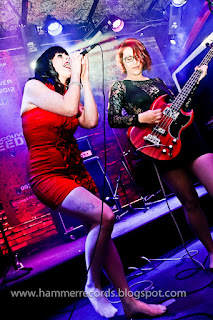 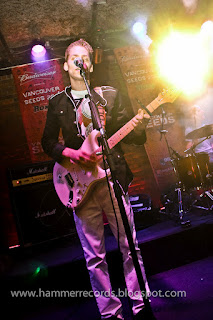 The Shrugs took the stage and had a ton of dedicated fans up front cheering them on as they blasted their songs with a new twist. Adding keys to theirs sound definitely helped fill out their songs sonically, but hurt their stage presence. Caitlin (lead vocals) switched between the piano and just singing, which allowed her to move away from the keyboard, but still, such a large instrument blocks much of the stage when it's mostly front and center. They played a mix of new and old songs; but I had wished they played some of their more radio friendly singles. 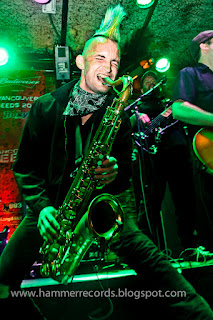 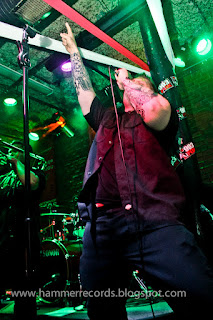 Rude City Riot has been gaining momentum in the Canadian ska scene for years now and they proved to be the most energetic act that night. An 8 piece band grooved their way into their fans hearts. The whole crowd was dancing their feet off! Their power ska songs were catchy and dynamic. I can't wait to see them take it to the international level!

On the third night we missed Pigeon Park but bet they put on a fantastic show. Huge fans of their tunes and know that they would have put their all into the show. Be sure to check them out on facebook and catch of their shows. 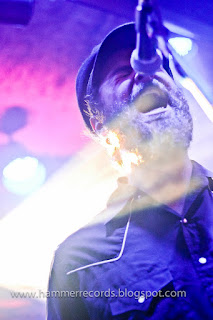 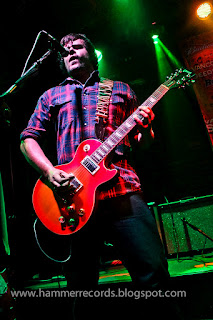 But we did catch We Hunt Buffalo!  It was delightful to see a heavy, hard rocking band make the Top 20. These guys pack a punch with their hard hitting set. Reminding me of bands like Monster Truck, Black Sabbath, and Kyuss. They had great stage presence as they strutted around the stage, appearing larger than life. Each song had people head banging and/or grooving on the dancefloor. Can't wait to see where they go from here!

The last night of the week was packed with 2 bands. Amber Hills (formally Silent Springs) and Falling For Scarlet. 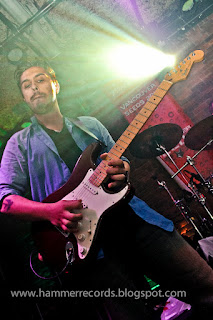 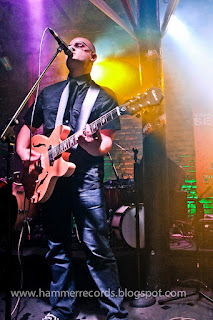 Amber Hills started playing and immediately you got a sense of a very well developed band. They had a sense of class to their playing and sound. Definitely appealing to more of an older audience, their 90's-esque Alternative sound simply floated into our ears. The mix was off and depending on where you were standing either guitarist was too loud and the other couldn't be heard, though they still brought out a lot of their fans, and had them grooving on the floor. With the right marketing Amber Hills could dominate Vancouver's rock scene. 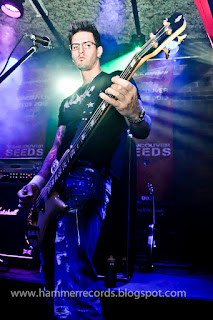 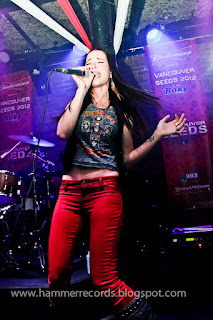 Falling for Scarlet is one of Vancouver's few female fronted rock bands. Each member brought a different flavour to the stage and together it created a unique blend of rock. The only thing with a female fronted band in this genre, sometimes in the mix it's hard to hear the vocals. Her quiet vocals were lost in the mix but her chorus normally cut through. It was unfortunate to hear her voice buried by the guitars. Each song had some great dynamic parts, though after a while the songs seemed to start blending into each other. Great talent on stage and can't wait to catch them at a different show to see how another venue sounds.

This first week was great and reminds us why we love the Vancouver scene. Each band was different and brought their own bag of tricks to win over the judges. There is no clear victor from week one but we eagerly await week two to see what it brings!

Be sure to go out and support the scene. Tuesday through Friday free rock shows at 9pm at the Roxy. So come on out!
Posted by Hammer Records at 5:04 AM