Take It To The Top

Hammer Records was proud to sponsor the Cruel Young Heart live concert DVD video shoot. This band always dreams big and thinks of the next way to bring an amazing live experience to their crowd. I remember first having a video interview after seeing them rock the Troubadour and thinking to myself, this is a band that will go far. Well, about a year later here they are headlining The Venue and shooting a live DVD. But rarely do things go exactly as planned...

Pleasure Dome started the night off with a bang, literally. After playing a fantastic set they used some home made flash bombs to make sure their faces were forever burned into your memory. We sadly missed this act but will be sharing the stage with them next month hopefully so come check it out! 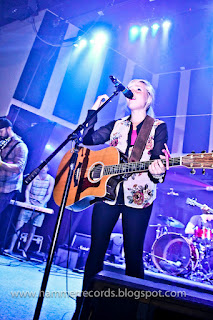 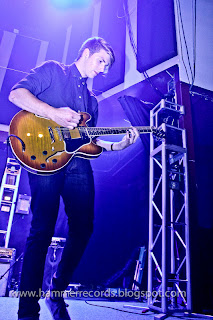 Shy Sharity took the stage next and brought a well produced sound, clever song writing and some catchy hooks. The band had a professional feel, but the stage presence was lacking. With such a large stage at hand I would have wished for them to wander around or put more towards the audience. Of the songs we caught Shy Sharity projected out towards the crowd. Good set and great tunes. Be sure to check her out! 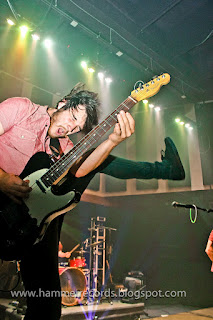 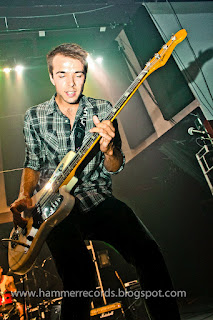 From the first note we knew Bondless was the real deal. These guys just tore up the stage. Leaping around majestically and never missing a beat. They're songs were hard hitting, catchy and perfect for radio play. We had never heard there stuff before and it was refreshing to hear a band so radio friendly but yet still true to themselves and their sound. Writing songs to express their ideas and music, not trying to write radio hits. I want to see this band go far, and having 8,000+ fans doesn't hurt. I hope these guys keep it up and go to the top! 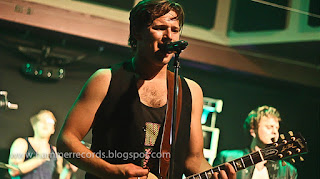 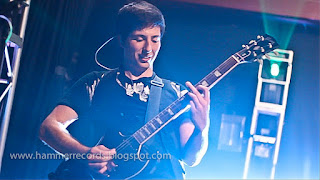 Last but definitely not least was Cruel Young Heart. Having put this whole night together they were prepped and ready to rock the stage! But after a shrinking crowd through out the whole night it was down to a dedicated bunch who stuck around until the end. CYH pulled out all the stops that any big artist would have pulled on a larger stage. Costume Changes, Dubstep breaks, catwalk and even confetti cannons provided an amazing spectacle throughout the night! Stay tuned for the upcoming DVD release! A couple screen shots above!
Posted by Hammer Records at 8:42 PM