What Month Is it? October! 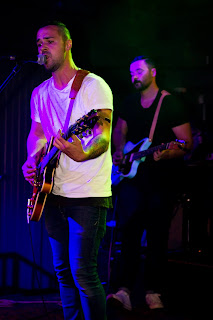 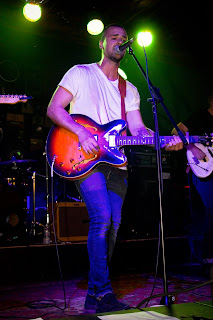 To start things off I have to say this band well a pleasant supirse. 2nd band was a solid indie rock band by the name of The Octobers. A very melodic and dynamic band where every song really creates a story for you. With a solid sound and a well put together setlist they put on a solid show. Every song seemed to flow seemlessly into the next  making their whole show seem as one complete story.
They played their instruments effortlessly as they rocked song after song. They filled the venue with very groovy guitar melodies and pounding drums. It created a very dynamic sound that you couldn't help but get hooked on. I found myself singing to every song, and anxious for the next one to start.
From the top of their set they involved the crowd. By their third song the whole band was in sync, really letting the songs come to life. Though I have to say the first half of their setlist I found myself really getting into their music but not really the show. For how hard they were giving it on their instruments they weren't really showing it on the stage. So even though I was getting drawn into the songs I wasn't getting so much into the band. 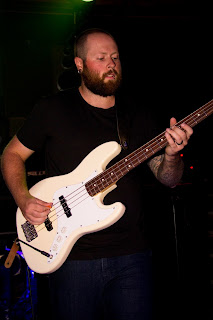 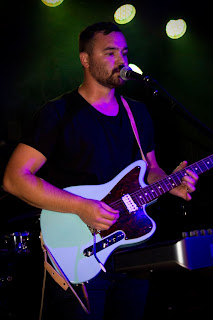 About halfway in their set The Octobers played a cover by The Killers. It was during that cover the band really seemed to come to life, and it fitted perfectly into the song arrangment. Their cover of Mr. Brightside seemed to really get the band playing perfectly together. Once that happened the stage presence really picked up and they kicked it into second gear.
The last half they owned. They really picked up and put on a solid ending to their show. I went from singing their songs by myself to being captived by the band. Once relaxed they really drew a crowd in and had everyone grooving along with. 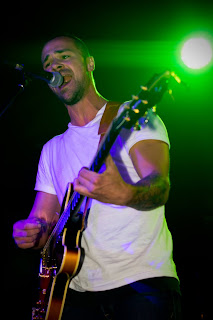 So to summarize;
-Very catchy music
-Groovy melodies
-Songs that flow into each other seemlessly
-Once the band really syncs in, it really does become one hell   of a show
So to end it off, I really started digging this band. I will definetly be keeping a eye out for this band and can't wait to see what they will put out next. I strongly suggest people to do the same.
So my hammer rating for The Octobers is going to be broken down into 2 ratings;