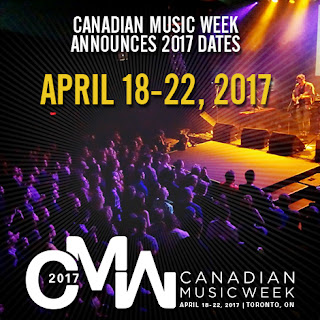 Canadian Music Week is pleased to announce the 35th instalment will take place April 18-22, 2017. Recognized as one of the premier entertainment events in North America focusing on the business of music, the Canadian Music Week festival spans 4 nights of performances, with over 800 showcasing bands at more than 40 music venues in downtown Toronto. All convention functions take place at the Sheraton Centre Toronto Hotel, 123 Queen Street W. Toronto.

CMW takes pride in welcoming international artists and key industry players from around the world with 40 participating countries. For the 35th edition, Canadian Music Week will shine a spotlight on France, while the special focus will be on Italy.