A Good Night For The Rebellion

Yes, I made a Star Wars reference. But it might as well have been a party for the Rebel Alliance. The level of camaraderie of this show was fantastic. It really felt like a music scene, all the fans there enjoying some awesome bands. Thanks to Rednyne Productions for putting on the show and thanks to Studio Records for hosting it. 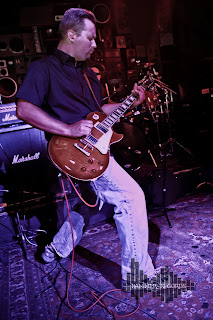 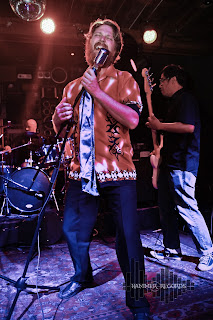 The night opened up with Robots And Gods. For having the most extensive gear set up it was surprising to hear them open up the night. This band had everything down tight. Their sound was fantastic, everything was balanced for having guitar, bass, drums, vocals AND synths. A lot of times with bands like this, I always hear the guitar to loud and it buries a lot of the synth work and the vocals. I hear a lot of comparisons to Match Box 20, Faith No More, and even Collective Soul. I thought it was fantastic having everyone in black and their lead singer in red. Really had a image going for the band. They had CD's to hand out which was brilliant, I love when bands give you something to remember the night by. 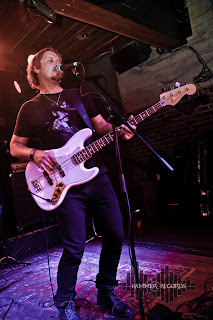 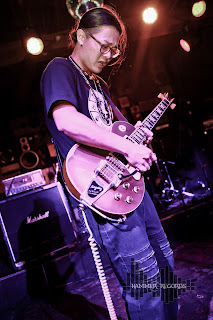 Up next was Luki Fero. This bluesy grunge rock band had all ears perked when they started playing. The conviction each member put into each song was fantastic. They really showed what a three piece can do in the ways of being super dynamic and just nice and raw at times. Their track "The Devils In The Details" had some excellent slide guitar work. Their sound at times reminded me of Seven Nation Army. At times the guitar work was a little busy and obscured the vocals a bit. I think having some shouts as back up vocals by both the drummer and guitarist wouldn't be a bad thing, it would really help add even more dynamics. They have a strong Youtube presence so go check out some of their tracks online HERE. 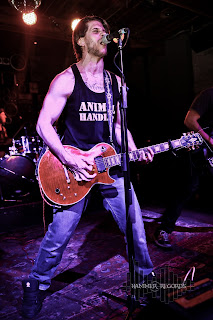 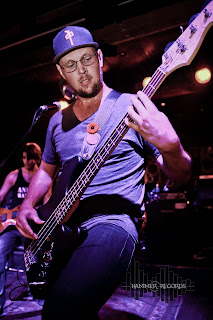 Taking the energy up a notch was The Dramatic Finish. Reminding me of bands like The Comeback Kid and Atreyu, even Good Charlotte and Blink 182. I was excited to see the level of enthusiasm they brought to the show. Their tracks seemed like great head bangers and I even put my camera down for a bit and just rocked out. Being a fairly new band, there were a few things I noticed that Im sure they will iron out with more shows and more time being together. First, the lead guitarist was playing with a digital head, where as the singer/sometimes rhythm guitarist had a full tube head. For those who aren't guitarists I'll just say that a digital head is great, but when stacked up next to a tube head it just gets buried. When the singer had his guitar out you just couldn't hear any thing from the lead guitarist. I saw him doing some awesome tapping work and some sweet solos, but a lot of times it was just buried by the bass and rhythm guitar. So maybe for future shows just switch heads? The rhythm guitar should be there as texture where as the lead should be right-punch-you-in-the-face in a band like this. The gang vocals were fantastic. It sounded like everyone knew their parts and could really get into enjoying playing the show which was a blast to see. I can't wait to see this band grow and they have a killer lyric/music video out on Youtube right now, check it out HERE. 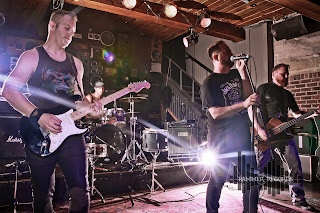 Wrapping up the night was Bone State Rebellion. I know we've been plugging them a lot, we interviewed them and even got a sneak peek at their new singles before they were released, but we wanted to see them live and really give our honest opinion on the band in a live setting. They lived up to all the hype. Their performance was so crafted it seemed like they've been playing together for years. These guys are tour ready. They opened up with their single "Road Less Travelled" and just blew the doors off the venue. The whole band seemed like one machine and the interactions between band members on stage was great. Everyone was having fun and just rocking out a great set. The singer put his heart out and got out on the speakers and rocked out to the crowd at points in time. Everything that you expected at an epic rock show happened, heads were banged, fists were raised, even panties were thrown on stage! They ended their set with their track "Wicked" which I swear should be on the Fox playing on constant rotation! So the end message here is, join the rebellion and continue to support local music! 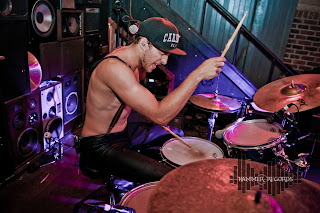