Last Tuesday Hammer and I had the pleasure of being invited down to the Roxy on the Granville strip to catch no other than TWO previous Fox Seeds winners - Stars of Boulevard and State of Shock! Having caught State of Shock during this years Fox Seeds competition as a guest star for the Granville Street show; we knew they were gonna rock it! 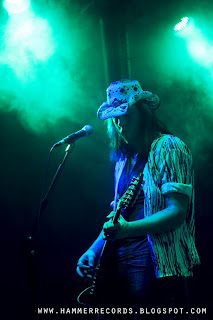 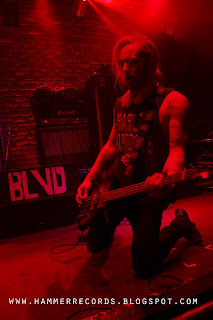 Stars of Boulevard is a very appropriate name for this Vancouver band, for they really know how to rock out like superstars! Previously, I'd only heard their songs online and seen some live footage on youtube. So, needless to say, I was excited for their set that night.. and was not disappointed!! The guitar riffs were catchy and powerful; ripping people's attention from their drinks and conversations to the stage before them. Ken Abbey (guitarist) could have moved around a little bit more, but over all he was fantastic. Especially when accompanied by a fantastic rhythm section! Drummer, Matty Carolei, was incredible!! His hands were fast like a bullet, producing some really showy drum beats, his showmanship was over the top, and we were QUITE impressed! Bassist, Johnny Kaye, had some really great lines as well, and really helped fill out the found - but unfortunately, he didn't help fill out the stage. I feel he was lacking a bit of energy and could have moved or interacted a little more, but all in all a very skilled musician. As for the vocals? Well, they were absolutely captivating. Lead singer, Josh Abel, had every girl's eyes and hearts in his hands. Between his stage presence and his melodies, he wooed the crowd. This band, to put it simply, kicks ass! I recommend anyone and everyone to check them out HERE. 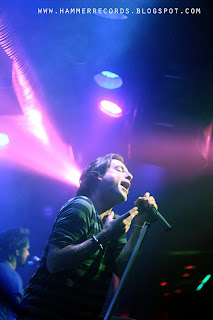 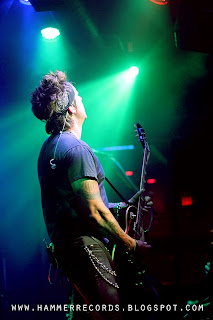 It's always a pleasure to see this band perform. These native Vancouverites have played all kinds of shows, from little clubs like the Roxy and small stages set up right on Granville Street, to big name stages and arenas - and they play every venue in the same fashion - with as much energy as possible, with lots of personality thrown in! Their playing is spot on - From the cool licks and riffs from both lead and rhythm guitarists, Jesse Wainwright and Simon Clow (known to everyone as Kadooh), to the fat bass lines from bassist Alyson (Aly) Toews, and not to mention the wicked beats coming from drummer, Johnny Philippon!! Throw Cameron Melynk's vocals and songwriting into the mix, and you've got a hit! But I'm sure with songs/singles like "Money Honey," "Best I Ever Had," and "Too Pretty" you already knew that. Though, it's not just their killer skills that makes them so great... It's their stage presence! I love seeing how much personality this band puts in to each performance. For example, with songs like "Best I Ever Had" and "Too Pretty," Cameron Melnyk will often turn to bassist/backup singer Aly, and sing the lyrics right to her; as if written just for her. Other little gems include all the band members (minus the drummer) playing around with each other's mic stands, causing them to crouch very low to sing their parts; or tossing each other's back up pics into the crowd. It's well worth any ticket price to see these guys (and gal!!) take the stage. I'd say go check them out - but I'm sure you already have!! But just in case you want to go check their page for new updates, songs, pics, videos.. click HERE!

Bands!! For more pics and videos, email us at HammerRecords@hotmail.ca for prices. (Don't worry - we're not expensive! ;P )

Signing off !
Roxy
Posted by Hammer Records at 10:18 PM