It was Hammer Record's first time out to Olympia Pizza & Pasta to see a metal show, actually to see any show at all at this venue. We've heard of MANY shows being done at this forward thinking pizzeria but had yet to witness the greatness first hand. This is now one of our favourite venues for local music. Not only does it have a great stage, sound system, nice crew and super close to Surrey Central Skytrain. It also serves pizza and beverages all night long. So even after having 10 beers, you don't have to miss a second of the action to bite down on a slice of pizza! 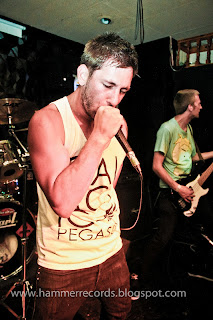 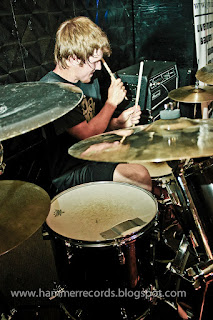 First band we caught was Dawning Of The Inferno. The mix of the sound was great. Guitars were punchy, bass was fat, and drums were crunchy. In lots of heavier bands the vocals are buried in live mixes, but right up front in the recordings. It was great to hear the vocals nice and clear in the speakers. Lots of heavy riffing, but a lot of things were muddied and not the clearest. Tight band but hard to hear a lot of distinct riffs, just a lot of awesome heavy chugging. Could have just been the room, but definitely check out these guy's album, super tight stuff. 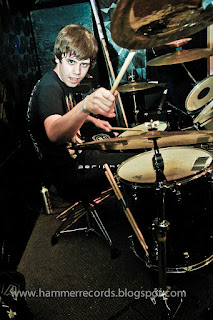 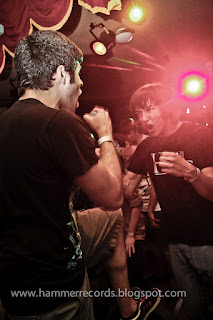 Up next was the fabled Galactic Pegasus. Huge fan base for these guys and they had a great crowd to watch them rock out. Lots of great movement from the front man as he screamed his way into oblivion. The guitars were heavy but also melodic at points which added a nice contrast. Riffs were easier to distinguish and song structures were great. Would have liked to see some more movement from the other members, but I found out it was a couple of the bandmates first show with the band. A super tight set had the crowd fired up and dying for more. The pits were great and I even put down my camera and joined a couple of times. 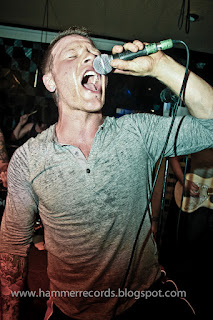 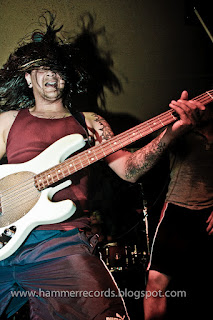 Stella finished up the night and reminded me why they are one of my favourite hardcore bands in Vancouver. After years of perfecting there art, they have been moulded into a deadly, heavy riffing, touring creature that when you experience it's roar, it leaves you deafened by its sheer amazingness. The crowd was quiet through a lot of there set, not from boredom or lack of interest, but because the sound enveloped the crowd. So much energy in every song, such a deep burning passion, and the ability to just have fun with each song really set this band apart. Smiles on every member's face as they tore through their set with such flawless easy. At points band members were hi-fiving, jumping, dancing or even just goofing off and the sound was never changed. The guitars were heavy and precise as each riff was executed with the easiest of ease. Ranging of heavy chugging to tapping, to singe note riffs. Both guitars were distant and blended together nicely but also stood by it self. Melodic vocals also set these guys apart from the other bands. Having two screamers/singers in the band added dynamics and different vocals into the songs. Surrey's Finest (one of there album titles) indeed!