Down In The Cellar

Last night James and I had the pleasure of going out to the Cellar Night Club in downtown Vancouver, to catch the final night of the Molson Canadian Launch Contest! On the bill for night was Vancouver band, The Shrugs, Langley band, Cruel Young Heart, and Victoria band, Handsome Distraction! Let's just say it was a wicked show, with one hell of a lot of dancing! 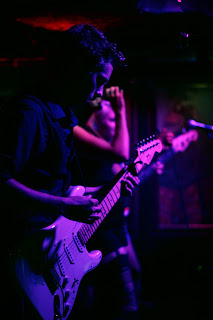 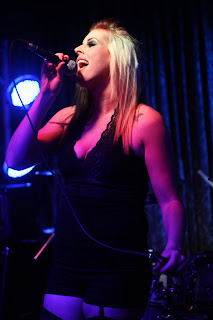 The Shrugs played a brilliant set, though having the unfortunate spot of being first, they didn't have that many people on the dancefloor.. BUT there were certainly tons of heads bobbing and feet tapping surrounding the area! As always, Caitlin Connelly's vocals blew my mind! She has such a strong, power-house voice with near-perfect control! Not once did I hear those dynamic vocals fail to deliver. Alongside the great vocal work, were the rest of the musicians in the band! Stephanie Cole, the bassist, played spectacularily and had a wonderful stage presence about her, Brandon Johnas shredded it up on guitar, playing mad riffs and wicked melodies, and Dan Beavington was the one to get all those heads moving, and feet tapping with his bang-on drum rhythms! (Pun fully intended.) I'd suggest this band to anyone! Check them out HERE! http://www.facebook.com/pages/The-Shrugs/172853182741669 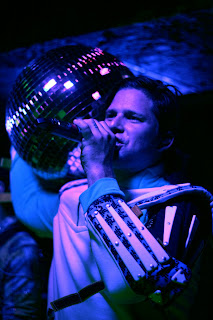 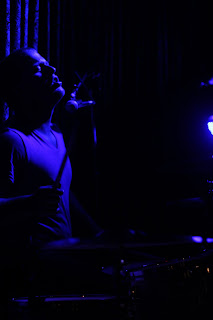 The name Cruel Young Heart might sound familiar to some of our readers out there - and that's because not too long ago I claimed them as my favourite local band, and to this day the title stands! These guys are absolutely incredible, and bring so much energy to the stage! James Blackmon's vocals are to-die-for, Mark Armstrong's guitar riffs were captivating and insane!!, Andrew Blackmon's drum beats were downright groovy, and with the fella slappin' the bass that night, it really was spectacular. These guys had every person in the venue dancing, clapping, and even singing along to their catchy tunes. Even though their set was shorter than a normal show, they stayed true to tradition and came back on in a change of costume, as well as with a big shiny disco ball!!, and rocked another couple songs. It came as no surprise to me that Cruel Young Heart was announced the winner of the Molson Launch Contest later that evening. Congrats to all of you! Make sure to check out CYH HERE if you haven't already! http://www.facebook.com/cruelyoungheart 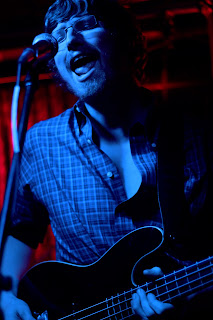 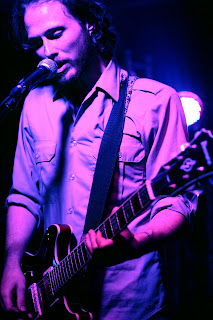 Handsome Distraction is not a name I was familiar with before last night, even having lived in Victoria for the previous 6 years, so I really didn't know what to expect. This four piece rock band had a lot of energy on stage, and some pretty catchy songs. They had a very rocky feel, and lead singer/rhythm guitarist, Devin Perfect's, vocals reminded me a little bit of The Smashing Pumpkins; Chris Weaver's bass runs were simple, but that's exactly what fits with this genre of music; Corey Francis had some really great guitar riffs, but nothing too flashy. I'd like to see some kind of effects thrown in on a couple of tracks though. And to wrap up the whole sound was Kyle White's tight drum progressions. Over all they had a huge, straight-up rocky, sound. Will definitely have to keep my eye out for these guys the next time I'm in Victoria. Check out their music HERE. http://www.facebook.com/handsomedistraction

Over all, it was a great night, with great music, and lots of dancing! Again, congratulations to Cruel Young Heart for winning the contest, and to the other bands for playing AMAZING sets.

Until next time! Rawk on!
-Roxy


BANDS! Email us to get photos and videos! hammerrecords@hotmail.ca

Posted by Hammer Records at 4:52 PM