VENUE in Vancouver has some of the best use of lights and stage in Vancouver besides the Commodore. It's always a blast seeing them put on local shows for some of the larger local bands. It always put a smile on the band members' faces seeing their band name up in lights. Hammer Records has seen many acts perform there just before they blew up. We also see some great bands open up for larger bands, and have seen some killer local shows there! Always a good time at Venue, even though their beer prices are a little on the more expensive side! 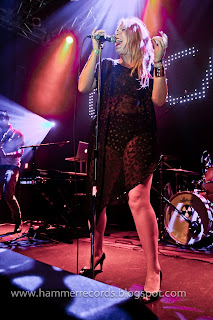 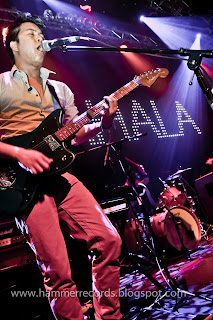 Aviator Shades had invited us out to cover their set later in the night, so, we actually missed the first band "Sally's Hot", but we caught COCAHALA, a 4 piece pop rock band. Right from the get go we knew we were in for a show. Their set was built for a stage like this. Dramatic first song with their bassist rocking an extra tom drum, building a tribal beat with their drummer. A whole duel keyboard setup along with laptop samples and backing tracks really provided a thick and rich sound over top. Great movement by the whole band, filling the stage and playing to their audience. We could definitely hear what we'd describe as a "No Doubt" influence in the vocals. She worked the stage well and was a confident front woman. Great set over all. Definitely not something we normally see around Vancouver.

A quick side note: The soundman for the night seemed to really like the bass. He had the bass guitar turned up too loud for almost EVERY set. We thought maybe the bass players had turned their volumes up too loud, but because it happened every set, we can bet it was the sound guy. When the bass guitar is turned up to loud it tends to drown out the guitars and even the kick drum. Yes, its nice to have a nice fat bass to fill up the sound, but when all you can hear is bass and barely hear the guitars it just doesn't work. 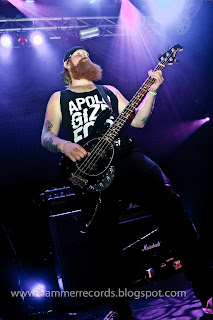 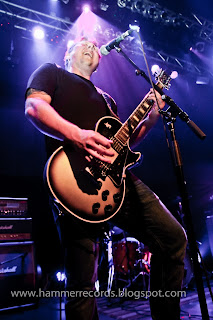 The Lovely Sinners was up next. We've seen these guys play a few times now and I think this was my favourite set. Once again, the soundman had the bass up too loud so lots of the intricate guitar parts were hidden, but, the three piece rocked their set. I was really able to hear more of the song structure and lyrics than with previous shows. Some great guitar solos as well, and their bassist moved and grooved around the stage. Great set! 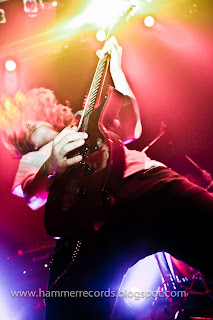 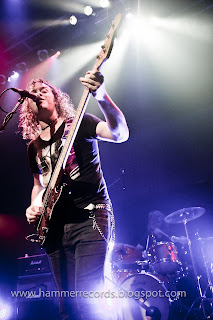 There's a certain point in every musicians career when you see them start to break away from the pack, start to do things that set them apart. We had seen Monster Truck play VENUE when they were just a touring Ontario band, next we know they are touring the country signed with a major label. It was a little bit of Deja-Vu when Aviator Shades took to the stage with fire in their eyes. The whole crowd moved up towards the stage as they filled the bar with their brand of blues rock. Everyone seemed to be singing along, and all eyes were gazing at the band ripping it up! They played songs from their upcoming EP, some classic 'Shades tunes, and even a brand new one never heard before! The band seemed to give off a sense of professionalism. If they took this exact set, they could easily open up for any touring band across the country right now. We are glad to hear them working with producer Danny Craig of Default. We can't wait to hear the EP! 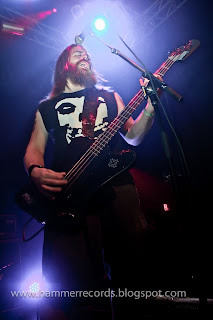 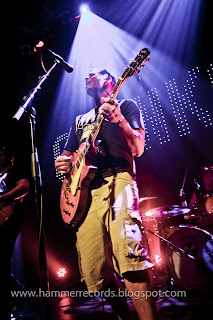 Up next was Crankshaft. Much of the crowd had dissipated due to sky-trains and the lateness of the night. Still rocking it up, we found that once again both guitars were buried under the bass and we could barely hear the ripping solos or fine guitar work. We do have to apologize for leaving early, due to Rose and I are expecting our son just about any day now and can't be up and out too late!