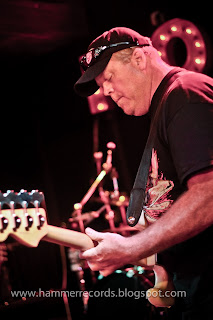 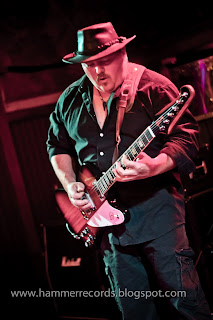 First up at Joe's was the Soul Robbing Bastards. True to their name they stole everyone's soul and played it back in the way of music! This instrumental band jammed out super hard. Very blues inspired tunes. The guitarist was quite fantastic. He had a number of effects that really added depth and change to his riffs. Great use of dynamics and tension and release. A perfect way to open up the night. 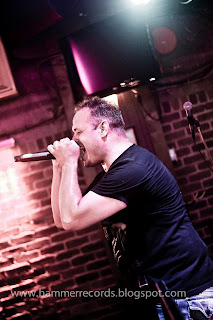 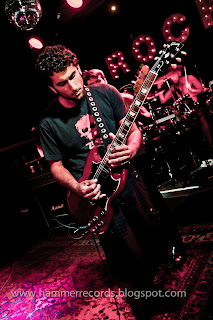 We have been to many Last Shelter jams, but this was their first show on stage. Even though it was the band's debut, they all had been on stage many times with other projects. They handled the stage like pros and covered the whole space. Perfect movement from the guitars and bass. The singer took to the stage like a madman and really got the crowd hyped. Showing no fear, he was jumping over the steel bar, running, and jogging all over that stage! Both guitarists, at different parts of the show, ran in front of the stage and rocked with the crowd sporting wireless set ups. For a first show, it was a one to be remembered!
Posted by Hammer Records at 2:02 AM