The Seeds Have Been Planted! Seeds Day 1

The FOX (99.3 FM) always does an amazing job at supporting the local music scene. I could spend the entire time talking about the FOX.. The Fox rocks; 'nuff said. Partnering up with Budweiser, they are bringing the Seeds back to the Roxy for 2013. For those who don't know, The Fox Seeds is a yearly competition to find the best of the best in the Vancouver rock scene. Not limited to just rock, but definitely most bands fall into the rock vein. The winner of the FOX Seeds competition gets $10,000 in gear from Long and McQuade,  five tour dates with the Sam Roberts Band and gets to record an EP with the legendary Garth Richardson. Quite a nice little bundle if I do say so myself! 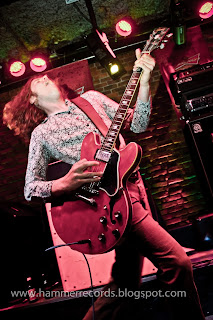 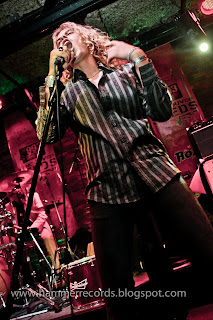 The Seeds this year started off with a bang. Good old rock and roll filled the Roxy as Mad Shadow opened up the competition. The band looked as if they were warped straight from the 70s. Floral shirts and long hair included. They played a super tight set of original blues rock tunes that sounded like they came straight from Robert Plant and Jimmy Page's brains. Some great songwriting and playing skills all around. The vocalist had a neat old school rasp and growl to his voice. The bassist (rocking an old school Rickenbacker bass) laid down a great foundation as the drummer locked in some tight and/or laid back grooves (depending on the song). The guitarist played some killer solos, and great fretwork. I would have liked to have seen him have a lead channel or maybe something to color his tone on a few songs in order to make his solos leap out of the speakers a bit more. Their new album is up on Youtube so check it out HERE. Then go buy a copy from the band! 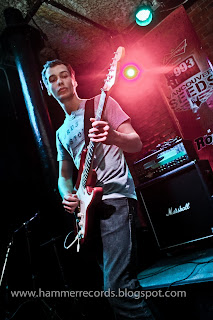 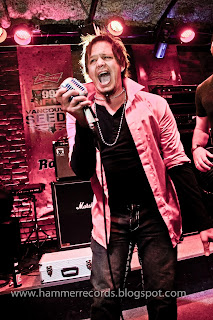 A few years can do wonders for a band. The lead singer used to sing in a band in which I joined after he'd left years ago, their guitarist tried out for a band I was in when we were looking for a rhythm guitarist, and when I was in another band, we had booked a show with Black Sugar (back when they were Moon Gypsies and The Drop D Experience) - But, seeing them at the Roxy last night was like seeing a whole new band. We had picked up a copy of their three song EP possibly about a year ago (?) and devoured it. These tunes were seriously tight. Some very commercial, but still in your face rock and roll. Rob's voice cuts through the mix like a bullet through snow. Alex's guitar work is catchy and full of hooks. We were excited to see them live and were not disappointed. Cranking up the energy to 11, they stole that stage. Rob's use of vocal effects really added depth to the tracks and his voice was spot on, in even comparison to their EP. A skilled rhythm section that was extra tight allowed the guitar and vocals to flow overtop. In a couple parts of their set they even played off each other by having a small guitar and vocal duel. Overall, a very tight set. Keep rocking guys! 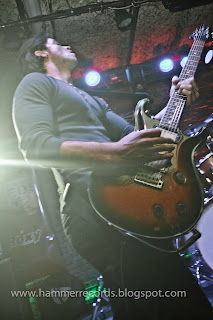 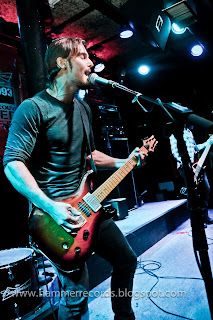 Closing up the night was The Post War. Having the heaviest sound of the night, and more of a modern rock vibe, they definitely stood out from the other bands. We know that it's hard translating what's on an album to a live stage setting, but, we found that what really worked on the album was the epic feel of the tracks. The drama in the songs. Tension and release. It didn't quite translate over during their set at the Roxy. Maybe it was just the mixing from the sound man, but the sound was unbalanced in that the lead guitar was quite far in the back, and the vocals were quite buried in the mix and hard to hear clearly. After hearing the recordings I wish we could have heard some of the rasp and clarity of the vocals. They were definitely dull and muffled in the speakers. I didn't hear some of the roars that were in the recordings and the dynamics didn't seem as crisp. Perhaps a little more focus on the pronunciation of the lyrics would help? However, the band as a whole seemed very tight and well rehearsed. The bass was thick and pounding perfectly filling the lower end as he head-banged away all night. The drumming was also super tight and epic sounding, perfectly complimenting the tracks. As mentioned before, the lead guitar was a bit quiet compared to the rhythm guitar, so, some of his work was unfortunately buried. Their recordings and music videos are amazing. Reminding me of Deftones, A Perfect Circle and Audioslave. Definitely go have a look/listen and support this great band!

Big thanks again to the FOX for putting on these nights! This is the first of many! Tomorrow (today as I write this) is The Dirt, Sam Weber and JP Maurice. All shows are free so come on out!

Check out the full gallery of photos HERE
Posted by Hammer Records at 4:10 PM