Under The Ocean -Seeds Day 5

Week 2 started on Tuesday at The Roxy! Another week full of bands duking it out to prove they are the best around town! I was saddened to see that unlike the first week (at least the weekdays) they weren't giving out free beer tickets upon entering the venue early, but oh well! 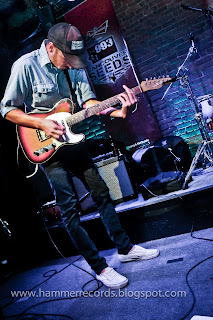 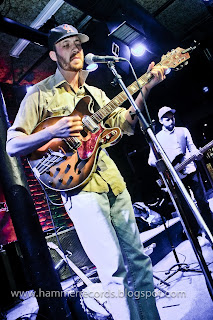 The Sumner Brothers opened up the night just as I was walking in. I noticed a few things right off the bat that raised my eyebrow. First off, all the members of the crowd up front wore plaid or long sleeve shirts and cowboy hats or other old school hats. The thing I love about Fox Seeds is that there is no specific genre requirement. As long as it's rocking, it's accepted. Song after song I tried to put these guys in a specific genre, and even by the end of their set, I didn't know what to call them. The best I could come up with is country-folk-alterative-blues-rock. Both singers were brothers, and guitar players, but both of them had very different tones which made for great variance in their songs. Speaking of songs, each had it's own flavour. They had some more blues rock tunes, then some more country sounding tunes and some straight up progressive alternative tunes. I think what really worked is that each player of the band had a different flavour that they contributed. The first guitarist was very blues driven with all his leads having a nice bluesy tone to them. The second guitar player had more of a country style of playing, more chords and his vocal tone had a certain cry that just made your soul weep. The drummer had a definite country flavour to his drumming, which is something I don't often see. Some great snare and hi-hat work. To finish it all off, the bassist had some awesome alternative bass lines. They were nice and flowing, but had some complex lines and fills. Overall it was a real treat for the ears. 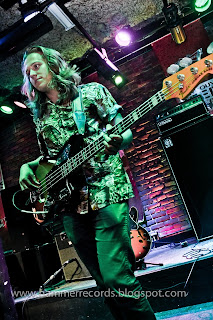 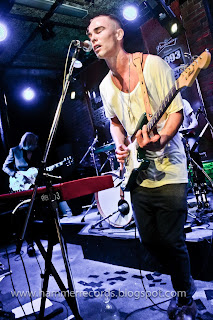 Following and closing up the night was the Oceanographers. We have seen them perform a few times now. They recently won this year's Cellar Launch Project. They were releasing their EP this night and had some free copies for people to grab. I don't know what it was, but something was off that night. It just didn't sound as together as other nights I've seen them. Normally, they have some great dynamics and such a groove that you sink into some kind of trance while they fill your mind with sounds and visions. Though they weren't far off from previous performances, I did notice that this one lacked in dynamics. Some pitchy notes by the vocalist and some missed notes from the guitarist could have contributed to this. Normally, I don't focus on those things, but when it's reoccurring I feel I have to mention it. Just saying it how I heard it. Some great keyboard work though by the lead singer. Near the end of their set they seemed to have recovered their groove a bit more. The album is fantastic however. If you have a chance, definitely check it out!
Posted by Hammer Records at 10:02 PM