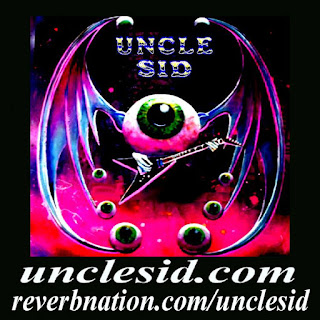 The Wacken Festival is held over in Europe and is just HUGE. It is a huge opportunity to go perform and share ones music on such a platform. Thanks to Asher Media Relations,  this dream could be a reality for one band!

We had a quick chat with Uncle Sid about their upcoming performance on March 3rd at The Red Room Ultrabar.

Hammer Records: What do you think of when you think Wacken?
Uncle Sid: When Uncle Sid thinks Wacken, we think of playing to tons of Metal Heads!

Hammer Records: Last years winner was Vesperia, Do you think this year the winner will be from Vancouver?
Uncle Sid: Yes we do!

Hammer Records: What separates Vancouver metal from other Canadian metal?
Uncle Sid: A lot of bands we know here prctice a lot!

Hammer Records: Do you have anything special in mind for your performance at the Red Room?
Uncle Sid: Just to play our asses off!

Hammer Records: What do you think about battle of the bands events around Vancouver?
Uncle Sid: Not really into it, rather have show case nights!

We recorded a sampler of the night! Check out a track from each band and get a feel for the night!