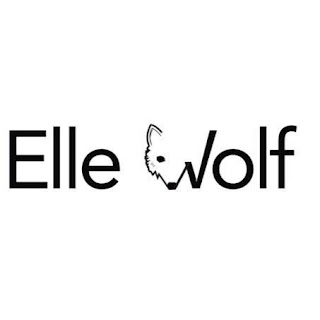 This indie band is on the prowl and going to devour the competition and win the title "Best In Vancouver". We had a quick chat with the group about their upcoming show.

Hammer Records: For those who might not be familiar with your band, can you give a brief description of the sound of your band?
Elle Wolf: Elle Wolf is a 5 piece folk rock band with a bit of an edge. The boys in the band bring a rockier side to things with inspirations from classic rock bands, while the girls bring a more folk side to soften things up. Elle Wolf is influenced by the sound of Metric, Florence and the Machine, July Talk and Laura Marling.


Hammer Records: Have you checked out past “Best In Vancouver” competitions? What do you think gives your band the edge on the competition?
Elle Wolf: Honestly, we are pretty excited to see the other bands. Elle loves her stoner rock so she's going to be dancing to The Poolsharks. We are really into driven guitar bands and The Bicyclists rad UK inspired sound reminds us of the strokes, so they are going to be great fun. Sail With Kings also sounds amazing, they should probably win on their beard game alone. We got some female power in Elle Wolf that might give us a bit of an edge, but we are just really excited to be playing with these other rad bands.

Hammer Records: What do you think of the battle of the bands competitions? Do they help build a scene?
Elle Wolf:  Anything that brings bands together that wouldn't have other wise met is pretty cool. We are all about creating a community and playing music with everyone. If we could build a Vancouver Broken Social Scene, that would be a dream and we've kind of already started that with a few bands.

Hammer Records: What do you want to say to the sponsors who are helping putting on the event?
Elle Wolf:  "Thanks!" the more opportunities for smaller bands around this city the better.

Hammer Records: Aside from playing the showcases, what is in the future for the band?
Elle Wolf:  Elle Wolf is heading into the studio with Dan Ponich in November and we will be dropping our first EP early spring with the launch of our Western Canada tour. We are hoping to get into the festival circuit next summer and just keep on playing.

Hammer Records: Do you believe in promoting with handbills or other methods that aren’t online? Or do you think that online promotion is key?
Elle Wolf:
We think a lot of different methods of promotion are good. Online is our preferred method because we can reach out to more people that are actually interested in what we have to share, in a shorter amount of time.

Hammer Records: What are your social media links and how can people find your music?
Elle Wolf:
www.facebook.com/ellewolfmusic