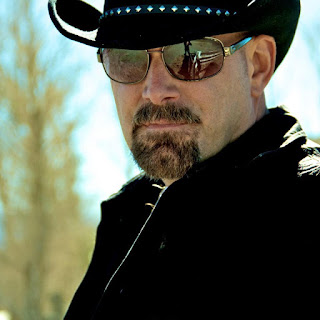 TV star and country artist Todd Richard is used to the spotlight. We had a nice chat with Todd about his newest BCCMA nomination.


Hammer Records: How does it feel to be nominated for an award? What do you think made you stand out?
Todd Richard: To be nominated is incredible as there is quite a deep pool of talent and BC so to be included is very humbling. My hope is that the songs on our new album made us stand out as the music has a very traditional country feel to it.

Hammer Records: What do you have coming up in the future for your fans?
Todd Richard: Along with a very busy fall season of shows upcoming, I have been working with CCMA nominated producer Jeff Johnson (Bailey Way Ent) on project "Follow Your Heart"  Jeff and I co-wrote this song to be released to benefit Variety the Children's Charity and is to be produced in a "We are the World" type fashion w a star studded Canadian line up of artists singing on. The song will be released Dec 15th and will be followed by a video documenting the making of the song. The hope is that this song will help a lot of kids and familys.

Hammer Records: Do you think there are enough venues playing country music? What do you want to say to the fans of country music?
Todd Richard: I don't think there's been quite as many venues supporting country music or any other genre for awhile now which makes things a little tougher to get your music in front of fans. Not sure the reason but it feels as though there's a shift and it's possibly changing. As for myself if we can't find somewhere to play we go out and make our own show and have been lucky to also have my hometown of Harrison Hot Springs support us and put many shows on locally thru out the year.

Hammer Records: What other artists in the genre do you look up to?
Todd Richard: It's tough to just name one artist but ok here goes lol
I worked w Rick Tippe on my last album and along with being a long time fan I have always looked up to him and been in awe of how pro an artist he has been by not only being a great performer, singer and songwriter but a smart business guy also, along with being such a nice guy.  Gord Bamford, Johnny Reid, Deric Ruttan , George Canyon are all top notch guys that inspire me daily also.. There's so many.

Hammer Records: What advice do you have for country artists that are just starting out?
Todd Richard: Keep learning always and if music is your passion than giving up is never an option. A very successful guitar player said to me years ago that He thought that I had what it took but that there are no guarantees and that as long as I always kept the music in my life it would be a happy life.. And he was right, I couldn't imagine not having music