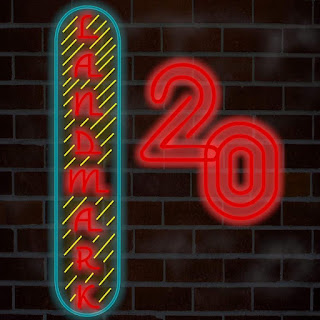 This North Vancouver band is setting their sights on winning the competition. Having just hit the studio to record an album they are eager to get things moving! We spoke with the band about their thoughts on the Best In Vancouver competition.

Hammer Records: For those who might not be familiar with your band, can you give a brief description of the sound of your band?
Landmark 20: We play mostly fun punk rock!

Hammer Records: Have you checked out past “Best In Vancouver” competitions? What do you think gives your band the edge on the competition?
Landmark 20: We've only recently learned about the competition and it sounds like a lot of fun. We just like to have fun on stage and make sure the audience is having a good time and enjoying the music.

Hammer Records: What do you think of the battle of the bands competitions? Do they help build a scene?
Landmark 20: We think that opportunities like these are a great a way to meet fellow musicians and get your's and other peoples music heard.

Hammer Records: What do you want to say to the sponsors who are helping putting on the event?Landmark 20:  "Thank you for sponsoring this event, giving our band and others the opportunity to be heard, and supporting live music in general."

Hammer Records: Aside from playing the showcases, what is in the future for the band?
Landmark 20: We have our debut album being released in the coming months, with a couple singles, the first of which being released in late October. We also plan on playing as many shows as possible and hopefully a tour next summer.

Hammer Records: Do you believe in promoting with handbills or other methods that aren’t online? Or do you think that online promotion is key?
Landmark 20:  In this time of social media, online marketing is a key in getting yourself out there. But, the physical aspect of promotion (posters, flyers, etc.) is also key.

Hammer Records: What are your social media links and how can people find your music?
Landmark 20: Most of our info is shared through: Facebook: www.facebook.com/landmark20band

Our music from our first EP, Inconsistent, is on:
www.soundcloud.com/landmark-20

And finally, our YouTube channel which shows vlogs of us recording the album along with some shenanigans, and will have live and recorded music up on it once the album is out.