Metal At The Media Club

Journeyman Productions put on a great bill of three up and coming bands at the Media Club on a Wednesday and we decided to go check it out. For a Wednesday night, we know the crowd wasn't going to be bit, but every person there was attentive and up front to support the bands which was nice to see. 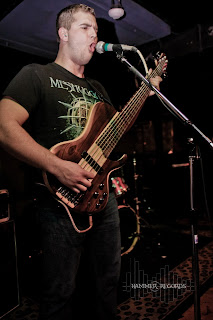 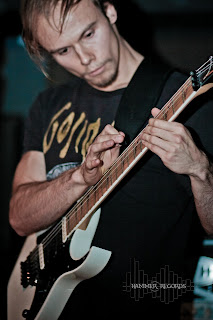 Sundran was the first band to hit the stage and their mostly instrumental set really set the tone for the night. Their dynamics were fantastic and being an instrumental band, that is one of the key elements. Adding in the heavy vocals at key parts really made this band stand out. Their riffs were tight and the band overall had such a tight sound. Even though there were odd time signatures thrown around a lot, I found it relatively easy to head bang and follow along with. They are playing a show this Saturday at Funky Winkerbeans and I would highly recommend checking it out! 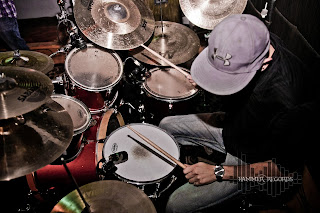 Porcelain Sky was up next and really blended well with the band before them. Their front man did a great job at getting the crowd interested from the start and kept it up all the way through the show. The bassist, guitarist and drummer really seemed locked together. When parts got quiet, the whole band got super quiet. When things got heavy, it seemed like everyone worked together and just sounded epic. This band has a lot going for them and I hope they keep working hard and I can't wait to see them open up for bigger and bigger bands! 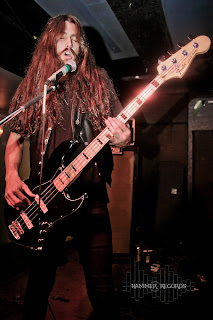 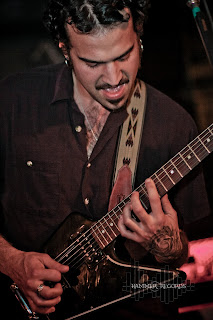 When I was in a band called Freedom Ride, we played a few shows with Lungflower. Then even after that band was finished and I was in a new band called Moniker, who also played shows with Lungflower. This band has been around for ages and had a few member changes but seem to have a formula down for success right now. Their guitarist is just rocking crisp riffs and some great leads. Their bassist is just a monster of a man and even more of a monster on the bass! His thick grooving bass lines fit perfectly with their drummer who adds a classic metal vibe to the whole sound. Overall their sound has changed since I last knew them, but they have grown into a whole new beast that seems to be ready to take on the world!