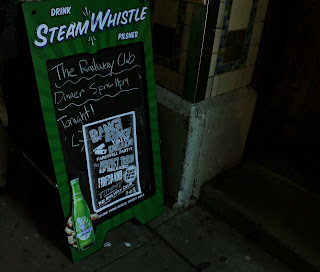 Once again i was able to witness another of Vancouver's great bands bite the dust. This time pop punk legends Bang Bang Your Dead. They grabbed a couple bands and threw a show so they could rock one last time and go off with a bang... no pun intended. 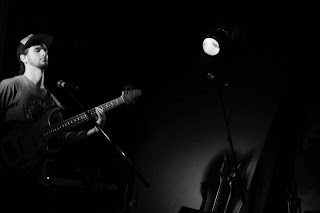 Timmy Parent was the first to break the sweet silence of the night with his improvisational bass skills. From the well known band Ninja Spy he is as talented a bass player as I've seen. He used it as both, drum, bass, guitar, and synth with a loop pedal building amazing soundscapes and grooves. 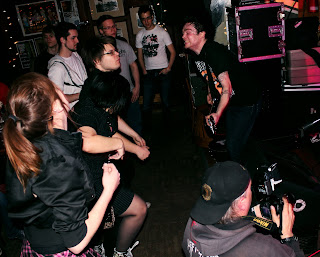 A Nanimo band called Perfect Trend followed. They had played BBYD's first show.. and they played they're last. This bands sound was great. The synths really added to the mix and set them apart from most bands I've seen. Even playing to a not so friendly crowd they still rocked hard and had a blast. By the end of their set the crowd was warmed up and eagerly awaiting the coming onslaught. 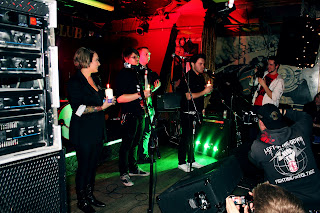 But everyone had to wait just a bit as a moment of silence was given to the band before they played. 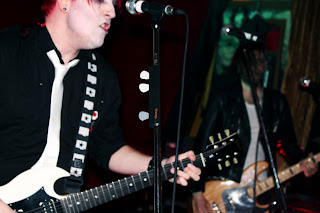 and they were not disappointed.. when Bang Bang You're Dead started playing.. they played their heart out until it was bled dry. With plenty of guests to sing, to quote them "they've gone through more bass players than members of the band.." At the end of their set they had everyone who had ever been in the band or very close to the band come up and sing along with their last song. I caught it on film and will be posted down below. Im sad to have caught this band so late in their career. They were a sight to see.