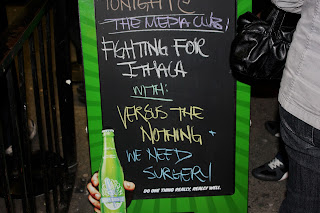 Three big bands and one amazing venue... only thing that comes to my mind is the Black Eye Peas song Tonights Going To Be A Good Night. As I approach the venue I notice the lineup going around the block. Fans chatting excitedly about the bands and what they are expecting. Well nothing could prepare them for the upcoming show... 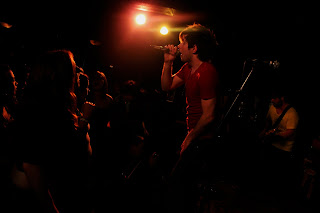 Fighting For Ithaca took to the stage like an animal in heat and sent the crowd into a screaming frenzy. Playing all their hits as well as a couple well picked covers. The whole crowd seemed to have all their lyrics memorized as the singing was non stop from the crowd. FFI gave everything they had and the crowd sent it right back at them. At the end of their set I didn't think anything could top it.. how wrong I was... 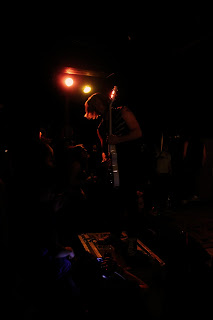 The night took a turn to for the heavier when Versus The Nothing started ripping it up. They had just returned form a two month long tour and had rallied a huge crowd to welcome them home on a Thursday night. I hadn't seen them live before and was definitely blown away. One of the tightest bands in Vancouver. Their set had been pounded into a solid flow of music that never stopped but never became dull. Each song adding new dynamics and building until the whole crowd was head banging so hard i swear their necks should have snapped. They had moved a road case to the front of the stage and used it as a makeshift riser and each took turns to rock the spotlight. The band sounded like a well oiled machine as they blasted their set and finished off with their new single of their album called Killer. It will be available for free download in the near future. VTN  had the whole crowd singing after the first chorus. Great band, great sound, be sure to check out their album. But, the night didn't end there... 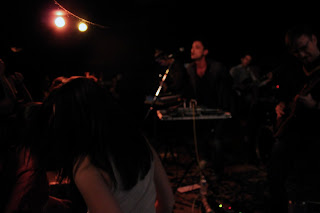 Then it was time to get your groove on. After a few minutes set up time We Need Surgery were ready to end the night with their blend of rock and electronica. All the girls moved up front and started dancing to the huge drum sound, screaming keyboards, phat bass, and huge guitars. Their songwriting had my ears captured instantly. The crowd stayed right till the end then demanded an encore which they gladly played. What a way to end off the night!