A Gathering From Across The Country

Lynzaii Mae did a great job at gathering some great bands from across the country and bringing them to Vancouver. Even though Kill Matilda was originally from Vancouver they now reside in Ontario. Every band brought something different to the table. 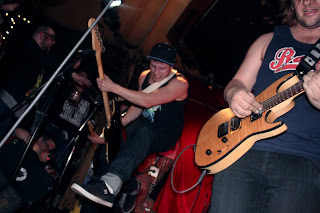 Prom Night In Black And White was the first act i caught. A pop punk band with suprisenly heavy drums. Talented musicians rocking hard is always a welcome sight. Some cool tapping licks from their guitarist and a couple jump kicks thrown in from their singer/guitarist displayed their stage presence. They're song structures were pretty standard. A couple of die hard fans sang lyric for lyric with the set list. Great way to start off the night. 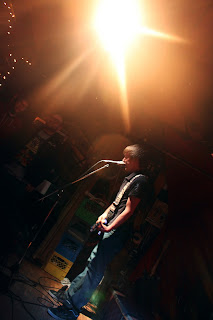 W!nslow brought the PUNK in pop punk. This trio from Montreal brought the engergy with their set. Headbanging, yelling, and stomping around the stage like a couple demons from hell. Their bassist was always face to face with the audience. At one point during the set he waded into the sea of people and headbanged. Raised the level another notch... 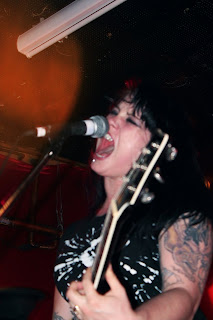 Kill Matilda finished off the night with a bang. The local favorites knew how to draw the crowd in and began their set off by teaching a few valguar french lessons. Quickly launching into old favorites they soon had the crowd grooving and headbanging. With lots of diologue thrown in to chat with their old fans and friends and were very personable. At the end they had the audience demanding an encore which i caught on video. Catch their next show in Vancouver at Glorywhores CD release party at Pat's Pub on June 25th!

To See The Photos: