After wandering around from the acoustic show i happened to stumble across a show who i knew none of the bands and when i asked the bouncer who is playing he briefly said "dunno, some random band". Well my curiosity got hte better of me and i paid the cover and soon learnt this was not just "some random band". This was a 604 show with 3 supposedly great acts. 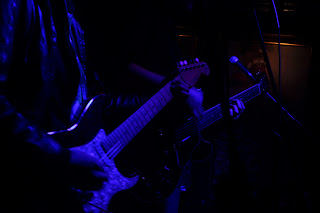 I wandered in halfway through Connor Mcquire and The Lives of Others set. I was blown away by the sound of these guys. Total professional stage presence. Killer structure, great lyrics and amazing solos. They seemed very authentic about their music. As if every song was a story and each band member took a turn speaking. I will definitely try and find these guys again. 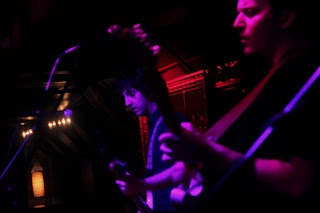 Next up was Jackie Valentine. I wasn't as impressed with the sound of the band. Just not my cup of tea music wise. But what a great band. Very solid performance and fantastic solos by their lead guitarist. More of a pop rock structuring but the singers voice had a very distinctive edge to it. A lot of cool grooves throughout the set with some interesting musical ideas thrown in as well. Though throughout the whole night the crowd didn't seem to be very into the bands. The usual cheers and claps but i expected they had all come for the headliner... 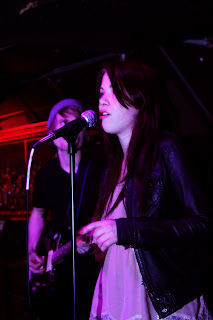 Carly Rae Jepsen took the stage with a band of hired guns. And i think this picture very accurately portrays her set. It just didn't feel real, and not in a good way. She seemed to be trying to sing a hit song but not quite getting it so attacking it at every different angle she can. All the songs sounded pretty much the same. She didn't really move that much, connect that much or really get excited at all. She brought up her friend as a harmony singer for one song which was cool but did nothing to energize the crowd. I had expected the crowd to move up to hear the headliner but everyone just sat and drank their beers. I didn't stay for too many songs so maybe her set got more interesting.. but i left shortly to go to the Railway Club for Tiger Prawn. On a side note... the band backing her was really good and personable. Definitely an unexpected night!


For all the photos check out:
http://s1107.photobucket.com/albums/h384/HammerPhotoVan/The%20Celler/
Posted by Hammer Records at 6:31 AM